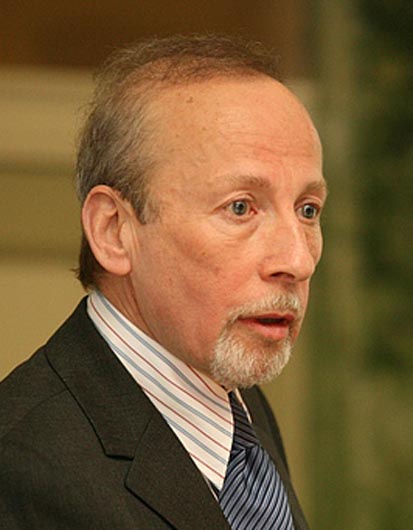 Born in 1945 in Columbus, Ohio
Studied Biology at Reed College, Portland and Genetics
at the University of Washington, Seattle

Making Faces: A History of the Human Face in Four Parts

My project is a book on the history of the (human) face. There is a large literature on the face as an expression and signaling device, initiated by Charles Darwin in his The Expression of the Emotions in Man and the Animals (1872), but which has enormously expanded recently. The human face is a primary mirror and signaler of human emotional states, second only to language as a communication device.
Yet the evolutionary origins of these capabilities have received much less attention. Our nearest relatives, the great apes, have a repertoire of facial expressions for communication but no other species has our range of expressive capabilities. At present, there is no treatment of the evolutionary history of the human face and its capacities. To do justice to this subject requires insights from evolutionary biology, paleoanthropology, genetics, and developmental biology.
My book will have four parts. The first will deal with the developmental biology of the human face, from early embryonic development to the more subtle changes that take place in childhood and adulthood, and its genetics. The second will deal with the evolution of animal faces, from the origins of bilateral symmetry in early animal evolution, to the faces of early vertebrates, then the mammals and primates and, finally, humans. It will trace the transition from physiognomic recognition (that of physical features) to the evolution of the capability for making and interpreting facial expressions in the great apes and humans. The third section will deal with the evolution of the neural capacities for "reading" expressions. The final part will concern the cultural dimension: the evidence for the growing awareness, in human history, of the face, as recorded in early art work.
The book is to be written for the general reader but will be based on solid scholarship, with endnotes and a full bibliography.

Reconstructing a "history" of the human face: putting the pieces together

While the human face, like that of the faces of all other vertebrates, is the seat of three of the main senses (vision, olfaction, and taste) - and a fourth (audition), if one counts the ears as part of the face - it is remarkable in two respects. First, it functions as a uniquely effective and fast identifier to our fellow conspecifics of our personal identity. Second, it is an extraordinarily expressive device and serves as a crucial back-up mechanism to language as confirming, extending or - in some cases - giving the lie to what we say. Only our nearest relatives, the Great Apes, come close in facial expressive capacities but they probably do not employ the array of subtle "micro-expressions" characteristic of our species. The fact that much is shared with the Great Apes indicates, however, that the use of the face to convey feelings probably considerably predates human language, while the range of human expressions indicates that there has been further evolution of these capabilities within the hominid lineage.
How did the human face, and more generally, the faces of the anthropoid apes, arise in evolution? This question can be approached from four perspectives. The first is that of comparative biology. From comparative studies of head and facial structure with other primates, we can reconstruct, in part, the likely sequence of phenotypic changes, in the anthropoid and hominid lines (in facial bone structure, musculature, and innervation patterns) that gave rise to the distinctive morphology and expressive capabilities of the human face. The second approach is provided by paleontology: fossil evidence can provide more information on this evolutionary sequence and of the timing of the events. The third perspective is that of developmental evolution ("evo-devo"). From studies on facial development in other vertebrates (specifically, birds, mice and dogs), we can make hypotheses about the underlying genetic and developmental changes that gave rise to the morphological and anatomical changes. The fourth avenue is that of evolutionary reasoning, which draws on the findings of the three fields noted above to help identify the selective pressures - both of natural selection and sexual selection - that shaped the human face. These deductions, in turn, have implications for the ways in which the hominid face co-evolved with the brain during human evolution, in the six or so million years since our lineage diverged from that of the chimpanzees.
In this talk, I will review and attempt to pull together the relevant facts and ideas - from these four approaches - to present a view of the evolution of the human face, within the larger context of human evolution as a whole. Although, as with all evolutionary scenarios, there is some uncertainty in both the premises and conclusions, some aspects lend themselves to predictions and experimental tests.

Despite the expenditure, during the past 4-5 decades, of vast sums of money
and countless person-hours of work on cancer research - work that has which
has certainly increased our detailed knowledge of the disease - there is still
much that we do not know about cancer. In particular, the origins of "sporadic"
(non-hereditary) cancers - which constitute the great majority of cancers -
remain mysterious. Of course, there are known environmental factors that are
known to "cause" cancer, such as smoking and lung cancer or sunlight and
skin cancer, but those are proximate causes only. Exactly how these
carcinogens initiate the neoplastic condition in cells is still, surprisingly,
unclear. In this talk, I will attempt to do two things. First, I will review the four
main theories of cancer, starting with the dominant theory - the Somatic
Mutation Theory (or SMT) - and discuss how these four theories fail to explain
convincingly the origins of sporadic cancers. Second, I will review the
properties of a major class of virally-derived genomic elements in the human
genome, a group termed "retrotransposons", and then discuss how their
known properties may provide the key to the mystery and, potentially, resolve
a number of major controversies in the field. Possible tests of the hypothesis
will be briefly described. I will conclude the talk with an evolutionary
perspective on the connection between retrotransposons and cancer: the
deep roots of the phenomenon in the history of life and the reason(s) why
natural selection has not purified our genome of these potentially deadly
genetic parasites.

The human face, an extraordinary product of evolution

Making faces : the evolutionary origins of the human face

The enemy within : an epigenetic role of retrotransposons in cancer initiation

The evolution of meiosis from mitosis

Between "design" and "bricolage" : genetic networks, level of selection, and adaptive evolution

Recasting developmental evolution in terms of genetic pathway and network evolution ... and the implications for comparative biology

The evolution of the Drosophila sex-determination pathway

The evolution of developmental pathways

Making Faces : The Evolutionary Origins of the Human Face
The Belknap Press of Harvard University Press more publications in the Fellows' Library

The Human Face, an Extraordinary Product of Evolution