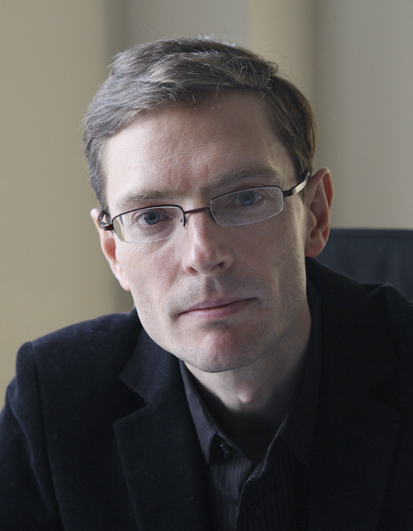 Plato's Shadows: An Essay on Theater and Philosophy

Most philosophy makes little mention of the theater except to denounce it as a place of illusion and moral decay. The theater has responded in kind and steered away from philosophy, driven by the truism that theater consists of actions, not ideas. I argue that despite this mutual evasion, the histories of philosophy and theater have been crucially intertwined.
The point of departure (and presiding genius) of this approach is Plato, who invented philosophy as a form of drama. Plato the dramatist provides me with a paradigm through which I develop an alternative to the standard Aristotelian view of theater and philosophy, and this alternative view has led to some extensive archival discoveries, including the unknown history of dramatic adaptations of Plato's dialogues, of which I found over a hundred, the most immediate proof of Plato's hitherto unrecognized influence on theater history. More importantly, this Platonic perspective on theater history facilitates new readings of the most canonical modern dramatists, including Oscar Wilde, Bernard Shaw, Luigi Pirandello, Bertolt Brecht and Tom Stoppard, whose theater of ideas turns out to be a direct heir to Plato's drama. Finally, I will explore the consequences of my approach for philosophy, the result being a dramatic history of philosophy according to which philosophers such as Kierkegaard, Nietzsche, Burke, Camus and Deleuze will be shown to have formulated their thought with constant reference to theater.

The Drama of Ideas

Most philosophy has rejected the theater, denouncing it as a place of illusion or moral decay. The theater in turn has rejected philosophy, insisting that theater deals in actions, not ideas. In this project, I seek to evade both rejections by suggesting that the histories of philosophy and theater have been crucially intertwined.

Plato is the presiding genius of this approach. "The Drama of Ideas" presents Plato not only as a theorist of drama but also as a dramatist himself, whose dialogues are based on a dramaturgy that differs markedly from the standard, Aristotelian view of theater. Recognizing Plato as a dramatist led me to discover scores of dramatic adaptations of Platonic dialogues, the most immediate proof of Plato's hitherto unrecognized influence on theater history. More important, this Platonic view on theater yields a new understanding of canonical modern dramatists such as Oscar Wilde, Bernard Shaw, Luigi Pirandello, Bertolt Brecht and Tom Stoppard. Not only did they attempt to endow drama with a new intellectual ambition and status, they turn out to be direct heirs to Plato's philosophical drama, creating a new drama of ideas in the process. In addition, I explore the consequences of this approach for philosophy. The result is a theatrical history of philosophy, whose key figures are Kierkegaard, Nietzsche, Burke, Sartre, Camus and Deleuze. These philosophers proceed with constant reference to theater, using theatrical terms and concepts or even dramatic techniques for writing philosophy.

"The Drama of Ideas" mobilizes this double history of philosophical theater and theatrical philosophy to subject our current habits of thought to critical scrutiny. Drawing on contemporary Platonist thinkers such as Martha Nussbaum, Iris Murdoch, and Alain Badiou, I hope to formulate the contours of a "dramatic Platonism." This new Platonism does not seek to return to an idealist theory of forms. But it revitalizes Plato to help us move beyond the reigning philosophies of the body, of materialism and of cultural relativism.

The drama of ideas : platonic provocations in theater and philosophy

Poetry of the revolution : Marx, manifestos, and the avant-gardes Translation/transnation