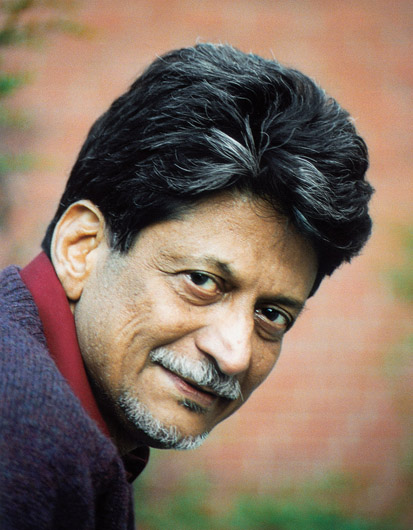 Born on April 2, 1942 in Bombay; passed away on September 5, 2019 in Mumbai.
Studied English Literature at the University of Bombay

India was the first country that won its independence by following Mahatma Gandhi's philosophy of "ahimsa" or non-violent resistance. The remarkable thing about Gandhi was that he was able to enlist the finest and most dynamic minds in the country as well as inspire the vast majority of ordinary Indians. Under his leadership, the men and women of the subcontinent stood up to the overwhelming might of the British Empire. Time and again they were beaten, jailed, brutalized, and on occasion shot at point blank range. But this untested and bizarre idealism, which at that time must have seemed foolhardy in the extreme, won the day against all odds and the colonizer was forced to leave the country.
It is a tragic fact of history, however, that almost from the day we won independence, we lost this unique legacy of idealism. The paradox and the terrible irony is that even as the British were on their way out, Hindus and Muslims indulged in a bloodletting that has few parallels in history. The partition not only divided the country into Pakistan and India, but also led to perhaps the biggest two-way migration of peoples witnessed in the 20th century. In the wake of this regression to barbaric violence and at a time when we should have been dedicating ourselves to the monumental task of uniting and building the nation from scratch, the politicians, bureaucrats, and a substantial number of all strata of Indians institutionalised corruption and made it a way of life. Indeed today we rank amongst the most venal nations in the world.
The idea of the envisaged project is to trace how we lost our moral compass and explore the decline and fall of my countrymen. Indeed hardly anybody today can shirk the responsibility for what we have become.
We are all party to anaesthetizing our consciences. The only thing that we seem to care about is our own self-interest; albeit an extremely short-sighted notion of self-interest at that. The poor, the deprived, the less fortunate rarely, if ever, figure in our calculations. We have taken to wearing our patriotism on our sleeves but don't care for the country or the planet; it is a moot point whether we are at all exercised by the fact that the very villages, towns or cities where we live, not to mention our rivers, which we have always considered to be goddesses, are in a state of utter disrepair and fighting for their survival.
Writing this book is an endeavour fraught with grave risks and dangers. The temptation to fall back on clichés and stereotypes is enormous. Only if one can create flesh-and-blood characters, only if one can nuance them and their stories and endow them with unpredictability and inconsistencies, is there a chance of pulling it off. But as the dog-eared but nevertheless valid maxim says, nothing ventured, nothing gained.