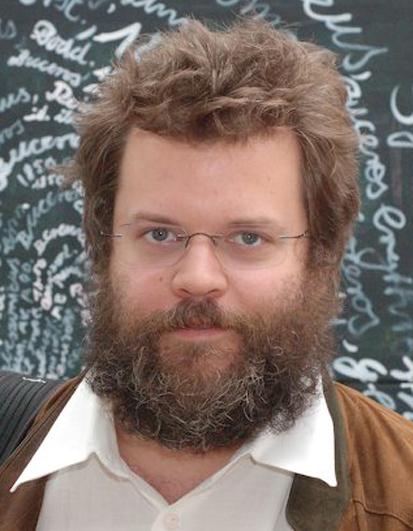 Born in 1969 in Salzburg
Studied Zoology, Mathematics, Philosophy at Universität Wien, Biology at Yale University, and History/History of Science at Princeton University

Social Insects as a Model System for Evolutionary Developmental Biology

One of the main problems of evolutionary biology is to understand the origin of phenotypic (morphological, physiological, and behavioral) variation and novelties. Over the last decades, a new discipline of evolutionary developmental biology (Evo-Devo) has emerged that attempts to integrate developmental and evolutionary biology to provide a comprehensive account of phenotypic evolution. Evo-Devo represents a synthesis of different research paradigms, most prominently of developmental genetics and evolutionary biology. However, these traditions have so far largely remained separate, thus keeping Evo-Devo from reaching its full potential. One reason for this separation is that the current model systems of developmental genetics are for the most part not well suited for evolutionary analysis, because they have been selected for their specific uses in developmental genetics. Social insects on the other hand, which until now have not been studied within this context, have several advantages that make them an ideal model system. Rob Page and I will convene a focus group in theoretical biology that will explore the potential of "Social Insects as a Model System for Evolutionary Developmental Biology". This working group will synthesize existing work from currently largely separate areas of biology (Evo-Devo, Theoretical Biology, and Social Insect Research) and produce critical reviews that will be published in a special issue of the Journal of Experimental Zoology focused on how social insects can be developed as a Model System for Evo-Devo. This group will thus define a new research program that can then be further pursued in the laboratories of participants and their colleagues. In addition, we will write a book on the conceptual foundations of biology, using examples from the social insects as illustrations.
Understanding complexity has been a central theme in twentieth century biology. While the dominant approach has been the application of several successful reductionist research strategies there have always also been conceptual developments that provided a theoretical framework that focused on the complex system itself. These conceptual developments, however, did not happen in isolation; rather, there have been a wide range of fruitful interactions between conceptual and mathematical approaches and experimental research strategies. This project will focus especially on the emergence of the concept of gene regulatory networks within the investigative pathway of Caltech's Eric Davidson. In addition, as part of the focus group, this project will expand the concept of gene regulatory networks to include behavioral interactions within a colony as part of a mechanistic explanation of the development and evolution of social systems.

Social insects, evo-devo, and the novelty problem : the advantage of "natural experiments"

Form and function in Evo Devo: historical and conceptual reflections

From embryology to Evo-Devo : a history of developmental evolution Dibner Institute studies in the history of science and technology

https://bibdoc.wiko-berlin.de/BIBDOC/2009_10/2009_Laubichler-Flies.pdf : Oskar Vogt, Nikolai Timoféeff-Ressorvsky, and the origin of the concepts of penetrance and expressivity