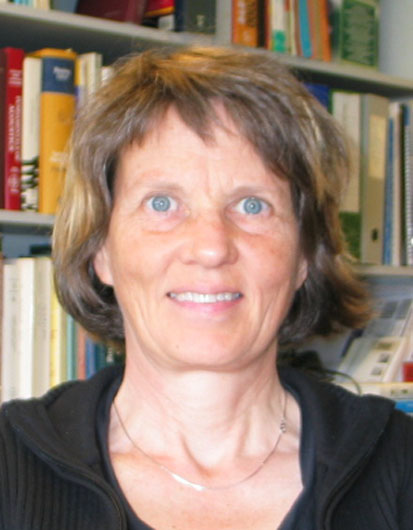 Born on October 21, 1955 in Copenhagen; passed away on July 28, 2015 in Odense.
Studied Biology at Odense University, Denmark

How Do Bats Recognize Prey by Echolocation in Noise and Background Clutter?*

During my stay at the Wissenschaftskolleg, I want to develop a model of how bats detect and recognize prey echoes, while receiving clutter echoes from the background or - probably worse - echolocation calls from conspecifics hunting nearby.
Bats (Chiroptera) are the most ecologically diverse group of mammals with ~1100 extant species. Their complex echolocation permits access to a broad range of resources at night. My research has focused on the adaptation of echolocation signals to habitat and prey type and the acoustic co-evolution of bats and their hearing prey. Acoustic adaptations of sonar calls involve time-frequency structure as well as intensity and directionality, which determine the range and resolution of the sonar. In their natural environment, bats produce much louder and more-directional calls than in the lab, and certain tropical bats emit extremely loud calls.
However, echolocation is not just a question of detecting prey. Equally challenging is segregation and grouping of information to recognize prey and other objects buried in background clutter or calls from nearby bats. These problems are related to how humans recognize speech against background noise. Bats adapt their acoustic behavior to detect and capture prey in clutter. In a complex acoustic environment they point the sonar beam sequentially at obstacles or prey, hence sampling one object at a time, demonstrating remarkable parallels with visual animals scanning a scene with the eyes.
Based on realistic field data on bat echolocation calls and behavioral reactions of bats in a complex acoustic scene, I want to focus on object recognition and figure-ground segregation by echolocation. How does it compare with visual scene analysis? Also, sensory modalities interact: Hearing can be influenced strongly by vision, and in a more primitive system, moths, smell (of pheromones) strongly influences hearing (of predators: bats). The theoretical framework will draw upon the expertise of the other members of the focus group Auditory and Visual Scene Analysis, which is composed of scientists with a broad range of expertise. The goal is to understand general principles of how perception is tied to action, independent of modality.

Echolocation in bats - how far and wide can bats "see" with sound?

Bats are unique among mammals, because they are able to fly actively and to orient in total darkness by sound. Thus, bats are highly specialized to rely on audition and thus ideal animals for studying hearing and sound orientation.
Bats use echolocation or bio-sonar to orient and find prey in the dark. They emit short high frequency echolocation sound pulses and listen for the echoes reflected from surroundings to orient in space. Bats are a highly diverse group with more than 1100 species. They feed on many different food items, e.g. small vertebrates, blood, pollen, nectar, fruit, but first and foremost insects. They seek their food in a variety of habitats from the open sky to close to or within the vegetation. The frequency and duration of their echolocation calls are adapted to acoustic constraints of the habitat and feeding behavior. In general, bats which hunt insects in open air, emit long narrow band calls, whereas bats which hunt close to vegetation, emit short broad band calls. Thus, the calls differ widely between species and many bat species can be identified based on the calls alone.
The function of the biosonar does not only depend on frequency and intensity of calls. Emitted sound intensity and the shape of the sonar beam are just as critical in defining the range and width of their "sonar view". Emitted intensity seems adapted to the habitat with bats hunting out in the open being extremely loud (long range), while bats hunting close to vegetation are more quiet. Whether the beam shape is also adjusted to conditions remains to be shown, but the method of emission may play a role. Some bats emit echolocation calls through the mouth while other species emit through the nose. Bats emitting sound through the nose have elaborate skin folds or "nose-leaves" around the nostrils. The shape and size of the sound emitting structures (mouth or nose) is believed to strongly affect the shape of the emitted sound beam. The shape of the sound beam will subsequently affect the reflected "echo-picture" of the scene. A broad beam will ensonify objects within a wide angle, whereas a narrow beam will restrict the bat to a narrow angle of view, but perhaps reach further ahead than the broader beam.
Thus, the bat's perception of a complex environment depends on the outgoing sonar vocalizations, which the bat adaptively controls to enhance spatial information about the direction and distance of multiple objects. Scene analysis has been studied intensively in vision. The echolocating bat presents an excellent animal model for studying orientation in space using ears instead of eyes. The active echolocation allow for "eavesdropping" on the sonar signals to quantitatively analyze and measure signal changes tied to perception. Experiments have demonstrated how bats sequentially sample spatial cues about objects in the auditory scene indicating that principles for stimulus sampling in space may be generalized beyond vision.

Probing the natural scene by echolocation in bats

Moths are not silent, but whisper ultrasonic courtship songs