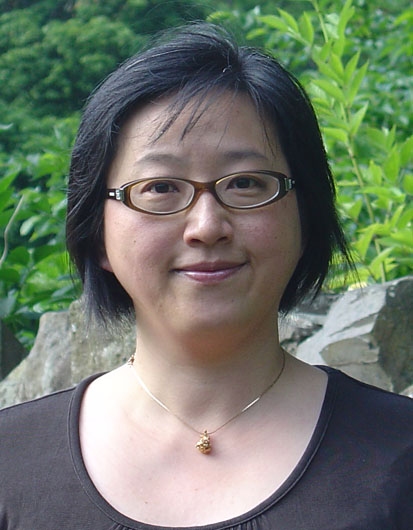 Born in 1969 in Taiwan
Studied Archaeology at the University of Oxford, U.K.

Relic, Text, and Image: Presence of the Buddha in the Visual Culture of Medieval East Asia)

My book project focuses on the Buddhist material culture that linked Northeast China to Korea and Japan between the 10th and the 13th centuries. I am exploring ideas such as the multifaceted relationship between iconography and architecture; the use of durable materials to preserve Buddhist texts during the Dark Ages; and the interlocked relationship between texts, images and relics in materialising the Buddha's presence.

Relic, Text and Image: Presence of the Buddha in the Visual Culture of East Asia, 8th-11th Century

When the Buddha entered nirvana, or seemingly died, there were debates about the object to which the veneration of the "deceased" Buddha should be directed. Is it the human Buddha or the Buddhist truth? Divergent views emerged as responses to the questions concerning the Buddha's presence and the meaning of the Buddha's nirvana. Thus, theories concerning the form in which Sakyamuni Buddha exited or exists developed after the Buddha's "death." With the development of these thoughts, different ways of perceiving the Buddha emerged, hence the theory of the "three bodies" of the Buddha.

Chinese art historians have studied reliquaries, texts and figural images of the Buddha as separate categories. Moreover, paintings and sculptures of Buddhist images have received the most attention, for they fit in the traditional category of "fine art." My book project entitled "Relic, Text and Image: Presence of the Buddha in the Visual Culture of Medieval East Asia" examines the relic burials, texts and Buddhist images made in China, Japan, and Korea during the period from the 8th to the 11th century and argues that the thread connecting all three types of artistic activities is the desire to materialize the Buddha's presence and their function in manifesting the Buddha's three bodies.

The people living in north-eastern China and in Japan regarded 1052 as the year when the Buddhist Dark Age would begin. It was believed that by that time the Buddhist faith would wane and the sacred words of the Buddha would extinguish. At the time of crisis, the need to reassure believers of the Buddha's presence was apparent, as was the need to preserve the Buddhist teaching. During my fellowship year in Wiko, I will focus my research on Buddhist text veneration and the deposition of sacred texts in medieval East Asia. Archaeology has shown that scriptural deposits were built in the Chinese coastal area, Japan and Korea in association with two major concerns, namely a) texts as manifestation of the eternal truth and b) texts duplicated and preserved in preparation for catastrophe. It also shows that a small selection of texts were deliberately chosen, duplicated and deposited in pagodas. These texts share one common function: to duplicate themselves and multiply the merits derived from enshrining them. This self-duplicative nature of the texts poses interesting questions, such as "scale" and "originality", to art historians and shall be the centre of the latter part of my presentation.

Pictorial representations of the Buddha's nirvana in Chinese relic depostis

Luxury of necessity : glassware in sarira relic pagodas on the Tang and Northern Song periods

Realizing the Buddha's "Dharma" body during the Mofa period : a study of Liao Buddhist relic deposits