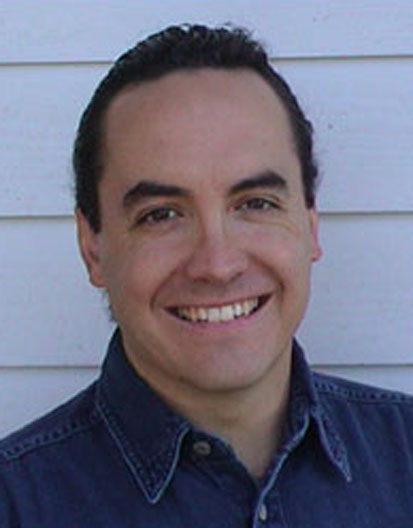 The Biological Nature of Human Abstraction and Conceptual Systems: the Cases of Mathematics and Spatial Construals of Time

I intend to work on the development of an encompassing theoretical understanding of my relatively recent work on human abstraction that covers mathematical concepts, everyday construals of temporal notions, and the experimental investigation of the neural basis of these mechanisms. The methods used in these studies range from ethnographic observations (e. g., my investigation of spatial construals of time in the Aymara of the Andes), co-speech gesture production in real time, psycholinguistic experiments, eye-tracking, cognitive linguistic modeling, and neuro-imaging (fMRI). Because of the variety and heterogeneity of these methodological approaches, a meta-theoretical analysis is needed. My project is oriented toward addressing this problem in collaboration with my colleagues at the Wissenschaftskolleg.

Núñez, R. and E. Sweetser. 2006. "With the future behind them: Convergent evidence from Aymara language and gesture in the crosslinguistic comparison of spatial construals of time." Cognitive Science 30: 401-450.
Lakoff, G. and R. Núñez. 2000. Where mathematics comes from: how the embodied mind brings mathematics into being. New York: Basic Books.
[Top 10 bestselling book in the USA, February 2001]
Núñez, R. and W. Freeman, eds. 1999. Reclaiming cognition: the primacy of action, intention, and emotion. Thorverton, UK: Imprint Academic.

What makes mathematics possible? Looking into brains, metaphors, and the human imagination

The human animal is the most imaginative living being we know of. Not only it has created literature, music, religion, and philosophy, but it has also created mathematics, a quintessentially abstract, stable, and extraordinarily robust conceptual system. Among others, such system provides nothing less than the very foundations for science itself. Mathematics-seen by many as the "Queen of sciences"-is a unique body of knowledge. First, the very entities that constitute this domain are idealized mental abstractions that cannot be observed directly through the senses. A Euclidean point, for instance, is dimensionless and cannot be actually perceived! Yet, it provides the building block for the entire (also imaginary) edifice of Euclidean Geometry. Second, mathematics is also a strange non-intuitive conceptual system, which often contains less than obvious concocted facts that are taught dogmatically and that usually remain unexplained. For example, have you ever thought why "the multiplication of two negative numbers yields a positive result"? (Did anyone ever explain to you why, or in what sense this fact is true?) Mathematics is full of these purely imaginary (and apparently arbitrary) "truths," which provide stability and consistency to the entire conceptual structure.
So, what kind of thing is mathematics? In academia, this question is usually studied in formal logic, philosophy, and the history of mathematics. And, the whole enterprise has either a platonic flavor, in which mathematical entities are seen as timeless eternal facts existing outside of human beings, or a formalist one, where mathematics is reduced to the manipulation of meaningless symbols. In this talk I'll address this question with a naturalistic approach that takes into account the biological and socio-cultural constrains under which the human mind unfolds. I intend to show that the conceptual system we call mathematics (1) even in its most rudimentary form (e.g., the simplest numbers "1", "2", "3") is far from being genetically determined; (2) that its emergence is made possible by a peculiar use of everyday sense-making cognitive mechanisms for imagination such as metaphor and metonymy; (3) that mathematical truth and objectivity comes out of the collective use of these mechanisms; and (4) that it can have domains that are internally consistent but mutually inconsistent. I will show that these properties are not unique to mathematics but that they exist in everyday abstract conceptual systems as well. I will illustrate these points with empirical observations in various areas such as cognitive linguistics, brain neuroimaging, gesture studies, mathematics education, cognitive archaeology, history of mathematics, and my anthropological investigation of spatial construals of time in the Aymara culture of the Andes' highlands. I'll defend the idea that everyday conceptual systems, within the communities that operate with them, posses biologically constrained and socially mediated elementary forms of "truth" and "objectivity". These properties of ordinary human imagination serve as grounding for developing more complex and refined forms of abstraction, which find the most sublime form in mathematics.

No innate number line in the human brain