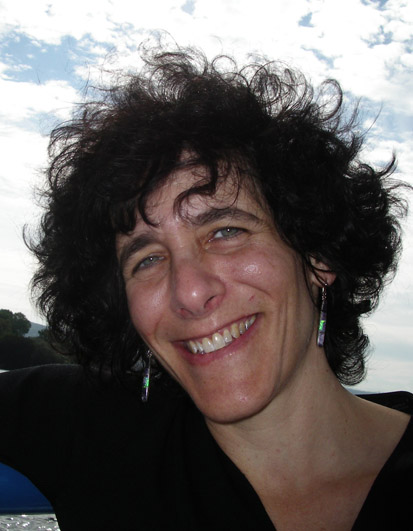 Born in 1957 in Columbus, Ohio, USA
Studied Zoology and Psychology at the University of Massachusetts, Amherst and Experimental Psychology and Neuroscience at Brown University, Providence

During my fellowship year at the Wissenschaftskolleg, I plan to develop a model of auditory scene analysis by echolocation in the bat, an animal that relies on acoustic information to perceive its surroundings. Scene analysis involves the perceptual organization of sensory events to enable the identification and tracking of stimuli in the environment. The echolocating bat uses biological sonar to analyze auditory scenes. It broadcasts high frequency sounds and builds spatial representations of objects in the world from echo "snapshots", whose characteristics depend on the duration, intensity, bandwidth, and directional aim of its sonar cries. The bat adaptively adjusts the features of its sonar vocalizations as it probes the environment, and these dynamic signals provide a window to the bat's behavioral state and perception. It is noteworthy that the bat's echolocation system shares characteristics with the primate visual system: high spatial resolution, sequential scanning, and active sensorimotor control for perception. These shared characteristics between bat echolocation and primate vision suggest opportunities to bridge work on scene analysis in vision and audition. My model will build its framework from studies of both vision and audition in a variety of species and draw details from acoustic, behavioral, and neurophysiological data from the echolocating bat.
My project will benefit from close collaboration with the Auditory and Visual Scene Analysis focus group, as we will work collectively to deepen our understanding of the representation of complex spatial information obtained through the senses. The higher-level problems that vision and audition solve are related, but researchers working on these problems only rarely interact. Through an integrated approach to problems in auditory and visual scene analysis, we propose to take novel approaches to interpreting published data, formulating new hypotheses, designing our own experiments, and conducting computational modeling that will address a broad range of questions pertaining to scene analysis. Our focus group is composed of biologists, psychologists, computer scientists, and neuroscientists, who bring a broad range of expertise to the project. It is our goal not only to collect and organize information from the published literature, but to make new discoveries about scene analysis through critical analysis of published data, in combination with our own computational modeling and experimental work.

Adaptive echolocation behavior for the analysis of auditory scenes: A glimpse of the world through the voice of a bat

For some animals, the analysis of auditory scenes builds upon the active production of sounds that reflect from objects in the environment. Echolocating bats, for example, transmit ultrasonic vocalizations that reflect from objects in the path of the sonar beam. Consider, for example, a bat hunting insects in the vicinity of vegetation. A single sonar vocalization rarely results in a single echo return, but instead generates a cascade of echoes, reflecting from multiple objects in different directions and distances. Sorting and tracking closely spaced echoes from insect prey, branches and leaves is a daunting perceptual task, but field observations reveal that foraging bats succeed hundreds of times each evening, with apparent ease.

While research over the last several decades has elucidated the echo features that bats use to localize and discriminate sonar targets, there remains an incomplete understanding of the larger problem of auditory scene analysis, namely, how echoes from different auditory objects from the natural environment are perceptually organized. A key to addressing this problem may lie in the bat's motor actions: The bat adaptively adjusts the features of its sonar vocalizations in response to information obtained from echo returns; and therefore, its sonar vocalizations provide a window into the bat's perceptual world. Specifically, the directional aim, timing, frequency content, and duration of sonar signals used by a bat to "illuminate" the environment have a direct impact on the information available to its acoustic imaging system. In turn, the bat's perception of the echo scene guides its control over the features of subsequent sonar vocalizations. Therefore, the bat's adaptive sonar behavior can shed light on the fundamental processes that underlie auditory scene analysis.

Insights to scene analysis by echolocation in bats come from quantitative analyses of sonar behavior. The sonar beam emission pattern of the big brown bat is directional, but broad enough to collect echo information from objects within a 60-90 deg cone, which would enable simultaneous inspection of adjacent objects. The results of a laboratory study, however, clearly showed that bats shifted their sonar gaze to inspect closely spaced objects sequentially, indicating that bats analyze sound direction and distance to track auditory objects as they fly. When bats forage in groups, they face the challenge of sorting echoes from their own calls from the echoes and calls of neighboring bats. A recent study revealed that the big brown bat made adjustments in the spectral characteristics of its calls when it flew with conspecifics, presumably to aid recognition of echoes from its calls in this acoustically complex situation, and the magnitude of these adjustments depended on the baseline similarity of calls produced by the individual bats when flying alone. This work also led to the surprising discovery that echolocating bats sometimes go silent. The prevalence of silent behavior also depended on the baseline similarity of the paired bats' calls when they each flew alone.

These recent discoveries from studies of bat echolocation demonstrate that animals actively control their sensory input by adjusting their behavior to sort and track dynamic stimuli in the environment. Indeed, this points to the general importance of an animal's action to its analysis of natural scenes.

Probing the natural scene by echolocation in bats

Adaptive echolocation behavior in bats for the analysis of auditory scenes