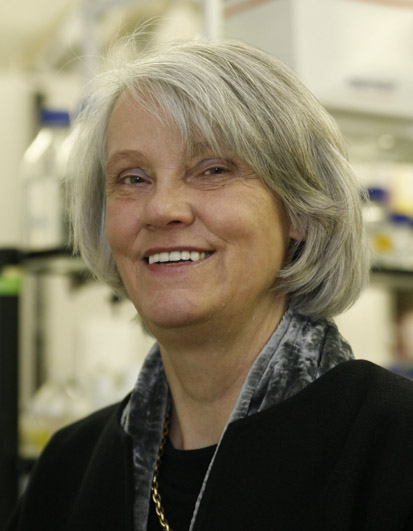 1. Viruses: Enemies or Friends, Alive or Dead, and What Can We Learn from Them. 2. Signal Transduction: Models Based on 25 Years of Raf-Kinase Research. 3. Design of Projects in Basic Research

Ad 1. Viruses are considered enemies of mankind. History is full of horror visions of epidemics and death. HIV has become a primary focus of attention in research and developments to fight the disease, but other viruses are a concern as well, such as Influenza A and Hepatitis B and C viruses. However, why did they survive through evolution? They kill by accidents, they accelerate evolution, increase the genetic information and diversity of the host, reflect and unveil properties of cellular genes and cellular properties, train the immune system, co-evolve with their host, are stress indicators, make up 40% of the human genome ( why? As junk DNA? Their modular structure allows the uptake of cancer genes or oncogenes from the cell and the transfer of therapeutic genes. Are they alive or dead? Do they reflect evolution and the origin of life? What can we learn from them? - about innovation in therapeutics and vaccines, viral and anti-viral strategies, global thinking, behavior in swarms, viral spreading as models, social aspects, society's thinking about risk/benefit relations, security at the expense of freedom, progress, and speed.
Ad 2. Signaling inside cells and organisms is based on protein kinase cascades. There are about one thousand kinases. We are designing models based on our own and others' results on the viral oncogenes Raf and Src as examples for understanding mechanisms of the kinome (network of kinases) with theoretical biology and informatics groups in Berlin.
Ad 3. Questions about criteria for designing a good project in basic research. What are the driving forces to be original, effective, innovative, with examples from history and the other Fellows, based on my teaching experience in research.

Viruses contribute to cancer in about 20 % of the cases. They are cofactors and cause cancer just like other carcinogens, such as UV light, cigarette smoking, or radioactivity. All these reagents lead to genotoxic effects, causing DNA damage. Viruses also give a growth advantage of the infected cell which increases the chance of cancer. Retroviruses, which replicate their viral RNA via a DNA provirus, can integrate into the cellular genome. Integration is potentially genotoxic, disrupting or illegitimately activating genes. The viruses harbor promoter sequences for their own replication as selfisch genes. A second promoter can acivate cellular genes and lead to wrong dosages. Independently of viruses this happens e.g. by chromosomal translocations by radioactivity or genetic. We learnt from the viruses what to look for in cancer cells.

Then there are the oncogenic retroviruses which pick up cellular genes by horizontal gene transfer and modify them by their high mutation rate.These viruses manifest themselves in minitumors in cell culture by the presence of growth promoting oncogenes. These lead to deregulated signal transduction while normal cells are submitted to highly regulated growth control. Three oncogenes, which are signal transducers, will be discussed, the protein kinase Raf ( rat fibrosrcoma), Src (sarcoma) and Myc (myelocytomatosis), a nuclear transcription factor. We learnt form the viruses the differences between signaling in normal and tumor cells. Oncogenes can furthermore counteract tumor suppressor genes. Loss of tumor suppressor genes will also increase the chance for cancer. In total a combination of about 10 oncogenes and lost tumor suppressor genes will lead to cancer.
Reversion of a tumor cell into a normal cell is the goal of gene therapy which uses viruses constructed in the test tube to carry therapeutic genes instead of oncogenes. The difficulty is to find the right genes and to treat every tumor cell. This is almost impossible, because the gene therapy viruses are not allowed to replicate, so that no germ cells but only somatic cells will be infected. These replication- defective viruses are safe but inefficient.
A way out my be gene replacemant therapies or vaccines and ex vivo therapy instead of in vivo therapy. Previous trials failed mainly because of unintended activation of oncogenes and cell proliferation.
Finally induced pluripotent stem cells (iPS) are generated from normal differentiated cells such as skin cells, by retroviruses carrying oncogenes. This process leads to cell proliferation and de-differentiation and resembles the generation of tumor cells by oncogenes.

Viruses are present everywhere in astronomically high numbers. They are at the border between living and dead matter. They may have been the beginning of life on earth. Viruses are more changeable than anything else we know on earth. Therefore they are difficult to control but may have been useful for our evolution.

They are defined as enemies or causes of diseases - even though many viruses do not cause illnesses. They are invisible and can only be noticed by the diseases they cause. Thus they are considered as killers, which is misleading, since they do not want to eradicate their host but have only one goal, that is replication. For that they behave as egoists and opportunists, exploiting weaknesses of their host for their own benefit and make us sick. Often we have to blame ourselves for that. Changing our living conditions may prepare the ground for viruses.

This can be demonstrated in the case of the Human Immunodeficiency Virus,
HIV.It started off from the monkey virus SIV in Africa and spread from there to the USA and the rest of the world. In 100 years it multiplied from one case to 50 Mio. HIV has been known for 25 years now. It is the biggest success story and the biggest failure in the history of medicine. Successful was the rapid development of a very sensitive diagnostic test and the development of therapies. We have about 20 therapeutics. A big failure is he lack of a vaccine, which will not be available in the near future, because the viruses change so rapidly. Also the success of therapies is limited by resistant viruses arising quickly and because of limited access of people to the treatment. Only 2 Mio of 25 Mio people in Africa receive the drugs. A novel approach will be described in the talk, which drives HIV into suicide. However, it is a long and difficult way to make this a therapy for people. What is the future like? We should exploit what we can and try to make the drugs more stable, diagnostics simpler and faster. A vaccine is not likely to be available soon, education of people not effective enough, reduction of safety conditions unrealistic.

What can we learn from animal models, such as monkeys? They carry viruses which do not cause illnesses any more. Such viruses are abundant in our genetic material, where they do not cause harm but may even be beneficial. However, it takes too long for the development of such a co-existence. HIV has changed our notion about infectious diseases, about problems of the Third World and social implications.

Nutrition and the microbiome Annals of the New York Academy of Sciences ; 1372

Retroviral self-inactivation in the mouse vagina induced by short DNA

The PDZ protein MPP2 interacts with c-Src in epithelial cells

Nutrition and the Microbiome
Wiley more publications in the Fellows' Library