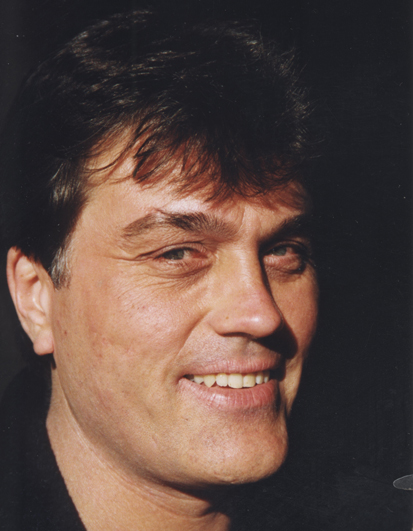 Born in 1958 in Frankfurt/Main
Studied Philosophy, Religious Studies, and Ethnology at the Johann Wolfgang Goethe-Universität Frankfurt/Main

Levels of Embodiment and the Conscious Self

As a philosopher, I have for a long time been interested in the mind-body problem and the topic of consciousness, and I have always pursued my epistemic goals in a strongly interdisciplinary fashion. I have also developed an extensive theory about the conscious self and the possible emergence of a first-person perspective in an information-processing system like the human brain. Obviously, the notion of "embodiment" is of central relevance in this endeavor of finding out how high-level properties like the self-consciousness, abstract thought, and language generation can be grounded and functionally anchored in motor-intentionality and the subpersonal, low-level dynamics of the human body.
As a first conceptual clarification, I have introduced three new working concepts: "first-order embodiment" (1E), "second-order embodiment" (2E), and "third-order embodiment" (3E). The general framework emerging from this threefold distinction is that human beings permanently possess 1E and 2E: a considerable part of our own behavioral intelligence is achieved without explicit computation and results directly from physical properties of our bodies, such as the genetically determined elasticity of muscles and tendons, or the degrees of freedom realized by the special shape of our joints (1E). Then there is the unconscious self-model, an integrated representation of global properties of our body, of the organism as a whole - what traditionally has been called the "body schema". Having an unconscious body schema clearly is a new, biological form of intelligence: having a body schema means having 2E, i. e., to internally represent oneself as embodied. Only episodically, during wakefulness and in the dream state, do human beings realize 3E - the conscious experience of being an embodied self.
In this research project I want to investigate the relationship between 1E, 2E, and 3E: What precisely would it mean for a machine to have a conscious self or to experience a phantom limb? What are ethical implications of this type of research program? What exactly are "out-of-body experiences" - could a machine have such states too? Is there an unconscious, but explicit body model in the human brain, and if yes, how exactly is it grounded in the fluid, subsymbolic dynamics of automatic action generation? What role does the motor system play in generating low-level social cognition, and how does it influence our conscious self-experience? Is high-level cognitive content a refined form of motor content, i. e., is conscious thought perhaps a form of taking abstract aspects of our pre-existing self-model offline, using it as a tool for mentally simulating possible worlds (and selves)? I hope to tackle these questions in intense interaction with empirical scientists. Perhaps I can make a contribution by adding some of the theoretical context and some conceptual tools from modern analytical philosophy of mind, helping to clarify some of the deeper epistemological and methodological issues.

The Phenomenal Self and the First-Person Perspective

In current philosophy of mind there are three major fields of research: the mind-body problem, the naturalization of intentionality, and phenomenal consciousness. The mind-body problem is the fundamental metaphysical problem in philosophy of mind (What are the causal relationships between mental and physical events, how can thoughts and acts of the will trigger physical movement? In what respect are thoughts or feelings real states, authentic building blocks of reality, which can be characterized by a distinct causal role?). The question as to intentionality is the basic epistemological problem, for it involves the question of mental content, above all the way in which, as aware and active creatures, we take up a position vis-à-vis the world. (What, precisely, is happening when we mentally refer to reality? What does it mean that mental states are carriers of meaning?)

Finally, consciousness is the fundamental phenomenological problem. Since the 1970s, the search for an adequate and comprehensive theory of consciousness has undergone a renaissance. It is with continuing vigor that those empirical sciences which study the human mind have posed the question as to physical correlates and the functional mechanisms that form the basis of conscious experience, and in philosophy this development has aroused great interest. "Consciousness" today means phenomenal consciousness-that is, consciousness in the sense of experience and subjectivity. It thus concerns precisely those aspects of the human mind that are essentially only accessible from an inner perspective, what modern philosophy of mind terms "phenomenal experience." But what is an "inner perspective"? What exactly turns mental states into subjective states?

In my lecture I will be singling out one aspect of the philosophical problem, namely the question as to the origin of the first-person perspective-the self as consciously experienced. But I will be deliberately restricting myself to two conceptual points only, and adducing a number of case-studies and empirical examples, so that, hopefully, there will be something for everyone in my talk. Moreover, in the middle of the lecture there will be an extended entertainment section, in which I will be reporting on my adventures while trying to achieve an interdisciplinary opening up of the field of analytical philosophy of mind.

Open MIND : philosophy and the mind sciences in the 21st century

Ego tonneru : kokoro no kagaku to watashi to iu nazo

Why are out-of-body experiences interesting for philosophers? The theoretical relevance of OBE