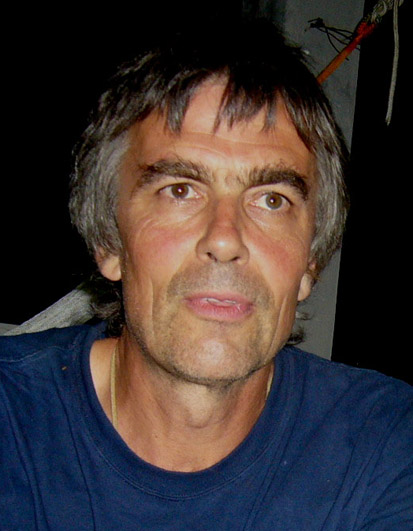 I will be part of the group working on "sympatric speciation", i. e. speciation without geographic isolation. This topic was considered almost heretical in evolutionary biology until approximately the year 1990. I also propose to use the opportunity to work on a book project of my own on "The Evolution of Biological Diversity" during my tenure at the Wissenschaftskolleg. The project aims to clarify the relationship between ecology and speciation or diversification. It will go beyond the theme of speciation, and attempt to connect ecological and genetic ideas of biodiversity, including competition, natural selection, speciation, evolution within and between species, community ecology, macroecology and biodiversity studies. It will also cover new genomics-based results in the understanding of speciation.

Next year we celebrate the 150th anniversary of the publication of On the Origin of Species by Means of Natural Selection ..., as well as the 200th anniversary of Charles Darwin's birth. Evolution by natural selection is the triumph of biological thought, and The Origin is still the most widely respected biological publication, with more than 5000 citations in recent years.

All of us evolutionists admire Darwin's achievements, yet we often read comments like: "Darwin succeeded in convincing the world of evolution, and ... - in natural selection - he found the mechanism ... It is not so widely recognized that Darwin failed to solve the problem indicated by the title of his work. ... he never seriously attempted a rigorous analysis of the problem of the multiplication of species" (Ernst Mayr, 1970).

Darwin's "failure" seems like a perfect sound-bite, a marvellous aide-memoire we can use in teaching, or in justifying our research into speciation. Recently, however, I have begun to doubt this claim, and I trace the error we have all made to two different sources. Firstly, I think that Ernst Mayr, as well as many others before and since, did not read The Origin carefully enough. The quotations used to justify the claim are taken out of context, and Darwin's intended meaning has been misconstrued. Secondly, species concepts developed in the 1930s onwards by Mayr and other evolutionary biologists made Darwin's contrary ideas appear feeble. Today, the tools of molecular genetics and new knowledge of natural history have led us to a more informed, and also more Darwinian view of the origin of species than existed at any time in the last 80 years.

Shift happens! : Shifting balance and the evolution of diversity in warning colour and mimicry

Hybridization as an invasion of the genome