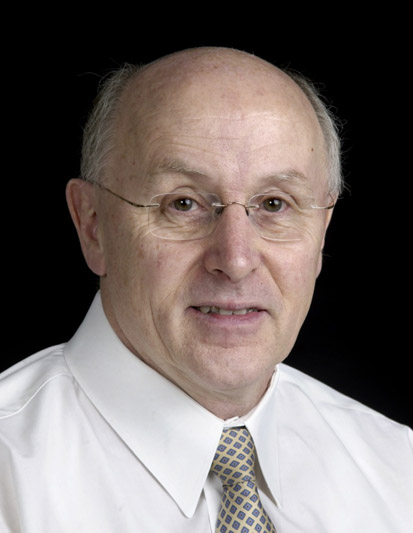 Born in 1942 in Belfast, UK
Studied Psychology at Queen's University, Belfast and at Cornell University

Pictures as Tactile and Visual

In 2008-09 I will study: 1. Literal shape: Visual and tactile-motor responses to perspective. 2. Non-literal shape: Metaphoric pictures depicting non-visual sensory impressions. 3. Brain localization: Cortical regions serving visual and tactile pictures. I will work with congenitally totally blind adults in Europe who can invent pictorial metaphors. I will relate findings to metaphor theory and brain imaging.
Pictures are more than visual, since they can be drawn by people who are congenitally totally blind. This calls for new theories of pictures, literal and non-literal representation and brain localization.
Ad 1. Perspective: The development of perspective drawing in the sighted and the blind may follow the same course. Remarkable empirical findings on tactile pictures need to be reviewed. The papers report blind people drawing in freehand inverse, parallel, and one-, two- and three-point perspective.
I will ask whether vision's approximation to perspective relies on two variables (foreshortening and direction) and underestimates the rate of foreshortening with distance. If so, this explains why in the distance a physically square form lying on the ground will look stubby, runways look short and obtuse arrowheads painted on motorways look sharply pointed. Visual constancy breaks down, and illusions result.
Ad 2. Metaphor: Metaphoric pictures can show sensory non-visual impressions. I have tested this claim with metaphoric pictures of motion, pain, taste, smell etc. The pictures can be identified by the blind and the sighted. These findings require a theory of shape features in common to vision, touch and other senses.
I will test EW, a blind woman living near Munich, who began drawing raised-line metaphoric pictures of taste, touch, movement and emotions in 2004. I will give her tasks that she may solve with novel metaphoric devices. The level of success she ascribes to her drawings may relate to the probability of their recognition by others. Also, her ratings of her reasons for the aptness of shape features may be related to their identifiability by others.
Ad 3. Visual-tactile regions and metaphor: Important recent evidence shows that cortical regions can serve both tactile and visual pictorial abilities. The same regions can operate in the blind and the sighted. I will assess current evidence for this hypothesis. I propose to relate brain-imagery studies on vision and touch to similar studies on metaphor. Further, I will visit imagery laboratories in Europe that have undertaken research with blind subjects solving spatial and verbal tasks. I anticipate that occipital (erstwhile vision), parietal (touch/action) and specialized temporal (language) cortex will be active differentially when metaphoric pictures are drawn.

Kennedy, J. M. "Metaphoric Drawings Devised by an Early-Blind Adult on her Own Initiative." Perception (in press).
Hammad, S., J. M. Kennedy, I. Juricevic, and S. Rajani. "Ellipses on the Surface of a Picture." Perception (in press).
Juricevic, I. and J. M. Kennedy. "Looking at Perspective Pictures from Too Far, Too Close and Just Right." Journal of Experimental Psychology: General, 135, 3 (2006): 448-461.

Drawings by the blind and theory of pictures: Esref from Turkey and Eriko from Japan and Germany

Drawings by congenitally blind people are recognizable by the sighted. This is a remarkable finding. It throws into question standard ideas about pictures, edges, figure-ground and perception of surfaces, depth and direction. The drawings include perspective. On occasion the drawings use metaphor. The drawings will be compared to pictures from the Renaissance (Florence and Siena). A psychological theory of outline, perspective and non-literal representation is called for.

Esref from Turkey, Gaia from Italy, Tracy and TT from North America are blind people who can draw raised outline pictures that reveal advanced drawing skills. A significant addition to this group is Eriko, a totally-blind adult, living in Augsburg, who was encouraged to recommence drawing as an adult. Three years later, she took a sketchpad on a vacation trip to Mexico and made a series of drawings. In these pictures, objects such a glass or a person swimming are drawn in a realistic manner in which lines stand for surface edges, and the shapes copy parts of the true forms (Willats, 2005) of objects. Of major interest, Eriko made drawings in which the lines and forms stood for the effect of alcoholic liquid in a glass, the taste of a hot pepper, the sound of a trumpet and the feeling of water running through the fingers of the swimmer. It is suggested that Eriko has invented apt metaphoric devices on her own initiative. In touch as in vision, outline stands for surface edges, and other uses can be considered non-literal.

Outline, mental states and drawings by a blind woman

Ellipses on the surface of a picture

How does body ground mind? : Margaret Wilson, internalization and metaphor

"Inverse perspective" : shapes in a drawing by a blind woman

Looking at perspective pictures from too far, too close, and just right

Foreshortening, convergence and drawings from a blind adult