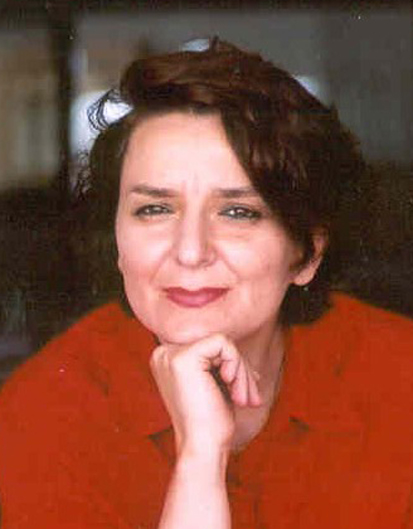 Born in 1961 in Fez, Morocco
Studied Communications and Literature at Hebrew University and at the University of Pennsylvania

Why Love Hurts: Passion and the Experience of Modernity

Although love has long been a central preoccupation of philosophy and literature, as an ordinary pursuit, routinized within the institution of marriage, it is an eminently modern experience. Indeed, historians have established that the emergence of the love-based marriage coincided with the rise of modern phenomena such as the novel, capitalist economic organization, the emergence of the private/public divide, and the democratization of gender roles.
While many efforts have been devoted to understanding the causes for the emergence of the cultural model of romantic love that dominates contemporary culture (feminine and bourgeois), my project intends to address the more fundamental question of what makes love a quintessentially modern sentiment. Instead of assuming that modernity simply "liberated" the romantic sentiment from its pre-modern institutional shackles, I would like instead to show how love - both as a cultural ideal and as a cultural practice - has not only incorporated the very values, ideals and aporias of modernity, but in fact constitutes the very essence of the experience of modernity. In this respect, my book makes two broad claims: that the theoretical and empirical tools of sociology are better suited than those of clinical psychology in understanding why romantic love is such a difficult experience, and that the sentiment of romantic love has been a central vector for the main cultural tropes of modernity.
1. According to 18th-century philosophy and classical sociology we may characterize modernity as the complex intertwining of a number of dimensions of experience: distance between individual identity and social roles; critique as a common feature of everyday cognition; an expectation that individuals be the sole authors of their life project; an orientation of societies and individuals toward the future; predominance of ambivalence and conflict in the realm of moral choice; use of and reliance on rationalized systems of explanation; and autonomization of social spheres, with the economic, scientific, and legal spheres progressively encroaching upon the cultural and erotic spheres.
One question I would like to address is: How do these various aspects of the experience of modernity translate within the sentiment of love? I address this question by analyzing a heterogeneous sample of classical and contemporary novels, movies, women's magazines, and interviews with men and women from three different countries, Israel, France, and the United States.
2. But this work makes a further claim: Modernity has given rise to distinctly new forms of social suffering, largely due to the fact that the modern self must produce the conditions for securing its own identity. In modernity, identity is not ontologically secured by one's economic position, religion, or gender, but rather must be continuously chosen, reproduced and performed. Thus, a second theme of this study has to do with the ways in which love embodies the specific forms of social suffering generated by the predicament of modernity, such as the need for recognition by others, the difficulty in establishing what one cares about, multiplication of allegiances to competing normative frameworks, and a chronic state of normative uncertainty and ambivalence.

"It's not you, it's me:" Commitment phobia as a Sociological Problem.

The search for love has become a difficult experience from which few modern men and women have been spared. Despite the widespread and almost collective character of these experiences, our culture insists they are the result of faulty psyches. The Freudian culture in which we are steeped has made the forceful claim that sexual attraction is best explained by our past experiences and that the love-preference is formed in early life in the relationship between the child and its parents. The Freudian assertion that the family designs the pattern of the erotic career, has been the main explanation for why and how we fail to find or to sustain love.

The central claim of this project is that if many of us have "a kind of nagging anxiety, or unease" about love and a sense that matters of love make us "troubled, restless, and dissatisfied with ourselves" i, it is because love contains, mirrors, and amplifies the "entrapment" of the self in the institutions of modernity. As Karl Marx famously put it "Human beings make their history themselves, but they do not do so voluntarily, not under circumstances of their own choosing, rather under immediately found, given and transmitted circumstances." When we love or sulk, we do so by using collective resources and in situations that are not of our own making, and it is these resources and situations I study in this project. I illustrate this strategy with the example of "commitment phobia."

The stability of volatility : imagination, emotion, and consumption ; Manuscprit

Saving the modern soul : therapy, emotions, and the culture of self-help