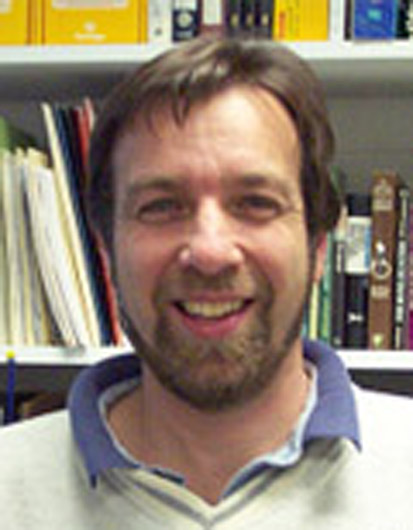 The Origins of New Species Without Geographic Isolation

Four fundamental questions transcend biology: How did life originate? What is the basis for evolutionary novelty? How do new species form? And, how is biodiversity organized into ecological communities? The origin of life remains empirically elusive, although several intriguing hypotheses have been advanced. However, there has been much recent progress in understanding speciation: the process whereby variation within populations is transformed and organized into interspecies differences and biodiversity through the evolution of inherent reproductive barriers to gene flow.
While at the Wissenschaftskolleg, my research will concentrate on understanding the origins of new species. I am particularly interested in establishing the mechanistic, physiological, and genetic bases connecting ecological adaptation to reproductive isolation and population divergence. Although not addressing the question on the origin of life, this topic is germane to the other three transcendental issues of biology.
My specific aims at the Wissenschaftskolleg are to interact with the sympatric speciation study group led by Professor Axel Meyer to:
- Explore the theoretical implications of habitat avoidance on the evolution of reproductive isolation in the absence of geographic isolation.
- Investigate the theoretical basis for why genes involved in reproductive isolation tend to map to regions of low recombination and, in particular, to chromosomal inversions for populations undergoing divergence-with-gene-flow speciation.
- Develop a possible book or monograph on the topic of sympatric speciation, with emphasis on studying organisms known to the working group.

The Species Problem: Speciation 101 "Solving that Mystery of Mysteries"

Today I am going to talk about speciation, the process by which new species are formed. Speciation is fundamental to understanding life because it is the principal way that new biodiversity is created. Without speciation, the world would be a dull place indeed.

We will cover five inter-related topics in our exploration of speciation.

First, we will ask what species are. After all, if you cannot define what a species is, then how can you study speciation?

Second, we will investigate what types of traits can cause inherent barriers to genetic exchange between populations, the stuff that species and speciation are made of.

Fourth, we will discuss modes of speciation. This will lead us to the big question of whether it is possible for new species to form in the face of gene flow and without the complete geographic isolation of diverging populations (i.e., in "sympatry").

Finally, we will talk about a potential example of sympatric speciation in action in our own backyards (well, at least in the U.S.) involving the apple maggot fly, Rhagoletis pomonella.

A note to those worried about their final grade in Speciation 101; your mark will be determined largely on the basis of class participation. So take good notes and make sure to ask lots of good questions.

And all hail the Apple Maggot!

Sequential speciation and the diversity of parasitic insects

Chromosomal inversions and species differences : when are genes affecting adaptive divergence and reproductive isolation expected to reside within inversions?