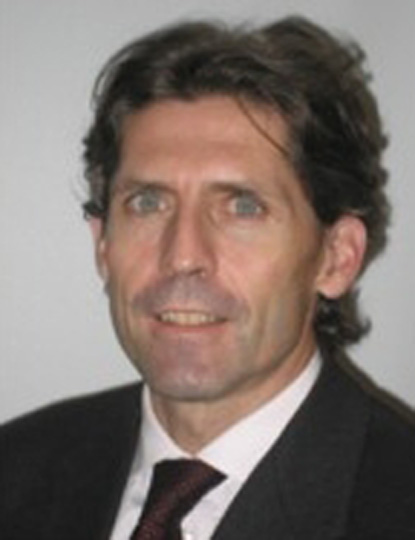 Born in 1963 in Munich
Studied Law at the Ludwig-Maximilians-Universität Munich and at the University of Cambridge, England

Regulatory Competition in Company Law and Insolvency Law in Europe

Market based social systems are shaped by competition for goods and services. Yet at least in Europe - in contrast to the US - few are aware of the fact that the law can also be exposed to competition. As a matter of fact, however, European jurisdictions find themselves rivaling with each other, trying to increase demand for their "legal products". This is especially true for the economically important fields of company and insolvency law. International competition between company and insolvency law systems has taken hold of Europe.
The European Court of Justice in particular triggered this development through a line of recent groundbreaking judgments. Under this new case law, anyone wishing to establish a new company, e. g. in Germany, is no longer limited to the legal forms offered by German law, but can instead choose to incorporate in another jurisdiction such as England or the US. The situation is comparable in insolvency law: at least de facto, the parties are more or less free to choose the insolvency venue and thereby the law applicable to the proceedings.
The impact of this development is dramatic: today, more than one in five German firms chooses to incorporate abroad. German company law is losing "market shares" especially to the UK, which entails a corresponding loss in domestic political influence over these firms. Likewise, London has become the leading forum for insolvency proceedings with regard to international corporate groups. The move to foreign jurisdictions implies a loss in revenues for domestic service industries such as the legal or the accounting professions. The far-reaching effects of such competition are demonstrated by the American example: in the US, the small east-coast state of Delaware is home to more than half of the top 500 listed US stock corporations and thus dominates American corporate law. At the same time, Delaware is - next to New York - also a leading forum for insolvencies of large stock corporations.
Against this background, the project aims at a thorough assessment and analysis of the competition between national company and insolvency laws in Europe. The research objectives are as follows: first, to assess the extent of existing competition in the European Union; second, to examine the implications for the stakeholders affected (shareholders, employees, and creditors); third, to evaluate the recent development from both a legal and economic perspective; and finally, to point out potential consequences for European and national law reforms.

Law as a Product

Competition in the products and services markets is a central feature of capitalist economies. The market decides which products and services are offered and at what price. The boundaries of the market depend on what society decides are goods to be traded. Hitherto, the law would seem to have had no business in this sphere, for we conceive law to be the framework within which market trades are conducted rather than being a commodity in itself.

Yet law has indeed become a product - in many areas of the world and with respect to a wide variety of issues. Individuals and businesses shop around for the most attractive legal arrangement, and states compete with each other for customers. An Italian entrepreneur based in Berlin, for example, might set up an English limited company to conduct his or her activities, finance the business with bonds and loans that are governed by New York law, choose arbitration in Switzerland for any disputes that may arise, and apply for personal bankruptcy in France if the venture founders. All this is done from a villa in Grunewald and with an eye to utility maximization. The jurisdictions mentioned actively promote their legal wares and are sensitive to changes in demand; after all, if the laws of a particular jurisdiction flourish, so do the incomes of tax-paying professionals such as lawyers, accountants, etc.

In my talk, I will attempt to track this development and shed some light on important questions associated with it: (i) What exactly do we mean when we speak of "law as a product"? (ii) What is required for a law market to exist? (iii) Where - in which fields - has law become a product? (iv) Who are the market leaders? (v) What are the consequences of law having become a product? (vi) How are these consequences to be evaluated? (vii) How should the legislatures in (federal) states react? In dealing with these questions, I will concentrate on businesses as market participants and European jurisdictions; however, I will also draw comparisons to other countries, especially the United States. The focus will be on company law, contracts, dispute resolution and bankruptcy. Other areas of the law that exhibit a similar development such as, for example, marriage, property and tax, I will be omitting from my analysis.

The law market is fuelled by broadened choice opportunities for individuals and businesses. Free choice of the applicable law has been on the rise worldwide for many years now as a conflict of laws doctrine - and not only in contract law, where the concept was originally developed. It has become possible to choose specific legal rules independent of territorial location and certain other legal rules of a particular jurisdiction ("unbundling"). At the same time, technological progress has significantly reduced information and transactions costs and hence the costs of exercising legal choice quickly and prudently.

The most important issue is the normative evaluation of the law market and the policy recommendations that follow. From an economic (utilitarian) perspective, regulatory competition between jurisdictions should operate as a process of discovery that leads to an efficient equilibrium unless there are present such market imperfections as externalities or information asymmetries. Based on this analytical framework, it can be shown that choosing the applicable law especially creates problems if it negatively impacts on third parties or if one of the parties is rationally ignorant with respect to the consequences of his or her choice. This has implications for the proper allocation of jurisdictional competences in the European Union and, correspondingly, for the desirable scope of choice of law rules. After all, the ability to choose the applicable law is a competence granted by the constitutional legal framework; and that framework can be changed. Law has become a product only because legal rules have allowed it to.