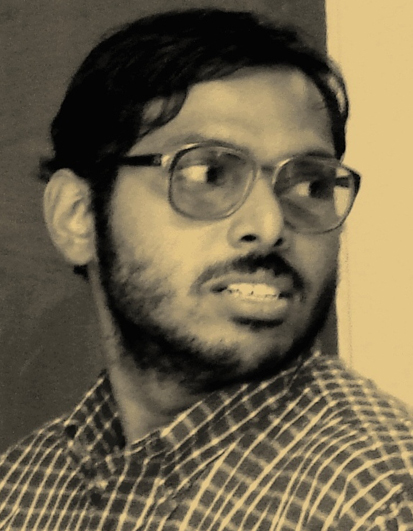 There are two different things that I would like to work on during my stay in Berlin:
1. What causes out-of-phase dynamics (OOPD) in populations that are connected to each other via low migration rates? One of my earlier studies (Dey and Joshi, 2006) indicated that when the rate of inter-population migration is low, the dynamics of neighboring populations tend to go out-of-phase with each other. Unfortunately, I have no concrete mathematical or biological explanation for this phenomenon. Theoretical studies by other groups indicate that OOPD is possible only when there is a time-delay in the migration; my experimental data strongly suggests that time-delay is not essential for OOPD. I wish to examine this phenomenon in greater detail through simulations, as well as to sift through literature addressing this phenomenon in areas other than biology.
2. How do Quantitative Genetics parameters of a population interact with the dynamics of that population? Most quantitative genetics (QG) models assume that the population is at equilibrium and hence the population size does not change across generations. However, we do know that population sizes fluctuate over time, and this is expected to shape the evolutionary outcome through its interaction with the genetic architecture of the population. I would like to investigate the effects of varying the dynamics of the population size over time ( interacting with different patterns of genetic correlations (on the various QG parameters of a population.

Laboratory evolution of population stability in Drosophila : constancy and persistence do not necessarily coevolve

Local perturbations do not affect stability of laboratory fruitfly metapopulations

Stability via asynchrony in Drosophila metapopulations with low migration rates