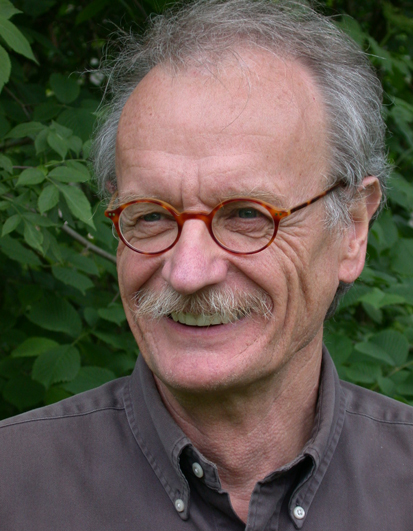 Born in 1942 in Stuttgart
Studied Biology, Physics, Mathematics at the Albert-Ludwigs-Universität Freiburg

The human brain is often considered the most complex system known. The members of the "understanding the brain" group, Lisa Aziz-Zadeh, Thomas Metzinger, Srini Narayanan, Rafael Núñez, Luc Steels and myself, suppose that a better understanding of how the brain works might be gained if results from quite diverse research domains are combined.
To this end, we exploit the observation that the neuronal system traditionally assumed to be responsible for motor control, i.e., for control of action, has recently been shown to share a common structural and functional basis with sensory analysis of an action, i.e., traditional perception, and also with imagining of an action, i.e., with subjective experience. Furthermore, linguists have advanced another quite contra-intuitive idea postulating that language is directly coupled with basic motor control structures. Our aim is to test to what extent these hypotheses can be combined by a single functioning neural network.
We start with an artificial, i.e., simulated neuronal network that is able to control complex motor behavior, namely the walking and climbing of an insect, the walking stick. The system is furthermore equipped with the ability to plan ahead. Applying Narayanan's ideas to this network will result in a system that, on a low level, can probably be used for language comprehension and language production (therefore called "the talking stick project"). Later the simulation will be endowed with more complex memory structures including procedural and declarative types of memory.
To verify the feasibility of our concept, the final goal will be to test the new memory structure on a robot. Using this strategy, we hope to detect basic principles of the functioning of brains on the system level.

ReaCog, a minimal cognitive controller based on recruitment of reactive systems

How and to what end may consciousness contribute to action? : attributing properties of consciousness to an embodied, minimally cognitive artificial neural network

No need for a cognitive map : decentralized memory for insect navigation

The evolution of cognition - from first order to second order embodiment

Winching up heavy loads with a compliant arm : a new local joint controller