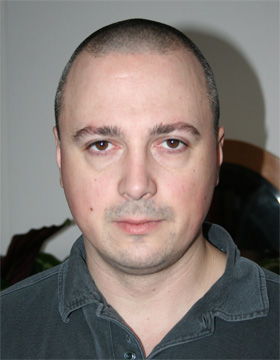 The Image of "Folk" and National Spaces in fin de siècle and Interwar Romania: the "Geopolitization" of Scientific Discourses

The present project is an attempt to contribute to a critical area: exploring the scientific and political instrumentalization of a few key concepts describing collective identity. The purpose is to "map" the discursive and institutional itineraries through which this set of notions became a focal point of cultural and political thought in various Southeastern European contexts - with a focus on fin-de-siècle and interwar Romania. My intention is to grasp the processes of actual emergence of the terminology of collective identity, more exactly of the various ways national space and "folk" or ethnos were thematized in the scientific discourses of the period.
The social contexts investigated in this project are marked by profound discontinuities, forced structural changes, and acute modernization dilemmas. A rather diverse theoretical framework is thus necessary.

The Emergence of Geopolitics in Interwar Romania: Sociology, Geography, and Ethnic Minorities

In post-1918 Romania the problem of national minorities was incongruent with the old historiographic and geographic discourse on the organic nature of the nation as well as its continuity and homogeneity. The rise of geopolitics as a specifically scientific but also pragmatic and state-centered discourse was one way of accommodating this newly emergent factor. Geopolitics arose in connection with explicit political concerns, especially the problems of Transylvania and Bessarabia and the Hungarian and Ukrainian minorities, and plans and projects for the exchange of populations were designed and proposed in this scientific milieu.
In their books, reviews, institutions and projects the self-styled geopoliticians (Anton Golopentia, Ion Conea, N. Al. Radulescu, etc.) were Romanians who devised an explicit argument about the social sciences as a means of diagnosing social realities and the actual circumstances of the nation-state in order to facilitate its survival among rival neighboring states and the great powers.

From the perspective of interwar Romanian geopoliticians, science had to be transformed into an instrument that could be used in the incessant battle between states-a battle in which nothing was decided in advance. Minorities, geography and social modes of organization were seen as forms of reality to be understood and integrated into the constant flux of information and action (transformation or preservation) for the good of the nation-state.

One of the most ambitious population-exchange plans emerged from these geopolitical circles and was applied in the Ukraine with the help of Antonescu, ruler of Romania during the Second World War. The project (and its subsequent failure) affords us the opportunity of investigating the radicalization and instrumentalization of geopolitics during the war and the importance of these specialists and technocrats-less publicly visible than members of the so-called "New Generation" or the intellectuals affiliated with the "Iron Guard" movement-in creating a radical state agenda.