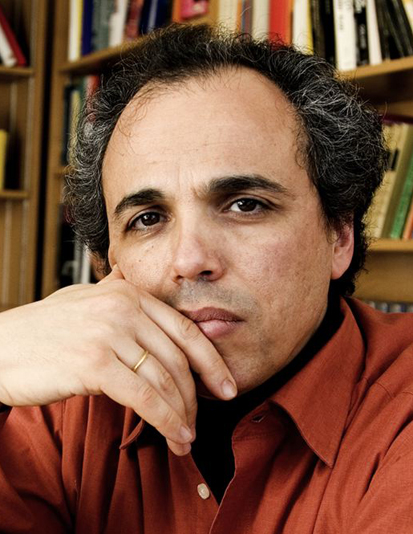 Born in 1959 in Teheran
Studied Philosophy, German Language and Literature and Comparative Literature at the University of California, Berkeley, the Freie Universität Berlin, and Yale University

Touch and Taste: Embodied Cognition and the Emergence of Aesthetics

The book I am writing puts insights gleaned from phenomenology and cognitive science into conversation with a wide range of writings drawn largely from the tradition of the European Enlightenment. By generating such a conversation, I hope to arrive at a richer notion of embodied thinking, an idea that has come to occupy a prominent place in a number of disciplines and one that has a chance of becoming a point of contact between the humanities and the sciences. When we conceive of thought as embodied, we acknowledge not merely the trivial idea that it occurs in a body, but we try to make sense of the less-than-obvious idea that thinking happens by means of the body. In this conception, the body is the true staging ground for our whole mental life; its capacities, appetites, frailties, and needs ( the ways it can be by turns rigid and plastic ( give rise to and at the same time delimit the range of our cognitive and imaginative world. Understanding the mysterious process by which a bodily situation flows into a cognitive configuration is the central task that phenomenology and cognitive science have assigned themselves, each in its own way. The case I would like to make is that accounting for the embodiment of thought will gain both philosophical and historical depth by including the vast and varied efforts that the European eighteenth century has made in addressing this question.

I will try show that the Enlightenment offers us a surprisingly nuanced account of haptic perception. My interest is not primarily historical, in the sense that we end up with a different, presumably better, understanding of the intellectual dimensions of Enlightenment thought. What interests me more is that this haptic Enlightenment opens new opportunities for thought. In particular, it allows us to think with it about the difficult question of the relationship of embodiment to thinking. I suspect that touch is a particularly good way of approaching this question, and I will suggest some reasons why.

To give the arguments some meat, I will examine passages from three well-known texts, John Locke's "Essay Concerning Human Understanding" (1690), Étienne Bonnot de Condillac's "Traité des sensations" (Treatise on the Sensations; 1754), and Heinrich von Kleist's short essay "Über das Marionettentheater" ("On the Marionette Theater"; 1810). I will be brief about the first and last and dwell in a bit more detail on the Condillac.

Thinking with Kant's "Critique of judgment"

Irresistible rape : the lure of closure in "The Marquise of O..."

The laboratory of poetry : chemistry and poetics in the work of Friedrich Schlegel Parallax