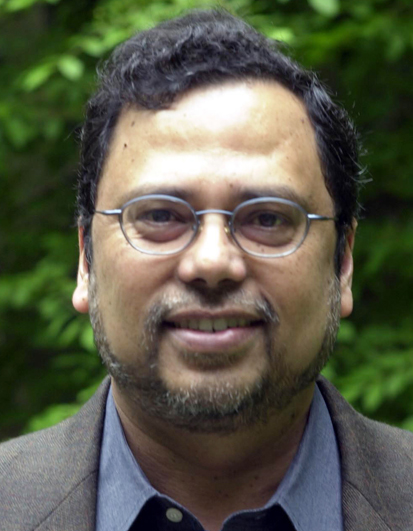 Born in 1948 in Calcutta, India
Studied History at The Australian National University and Management at the Indian Institute of Management, Calcutta

The Decline and Prospect of Universal History

I will be working on a book that seeks to understand why the idea of "universal history", so prevalent in the world of historical scholarship until about the 1940s, went into a decline after the Second World War. One of the factors I emphasize is the process of decolonization, broadly and variously understood, and the rise of different kinds of politics of identity. I document this through the example of an Indian historian, Sir Jadunath Sarkar, who was a populariser of Ranke in India. But the book also investigates whether there is something to be salvaged out of the legacy of "universal" history - and if questions of human differences need to be rethought - at a time when some scientists, including geologists, claim that human beings have begun to act as a "geological agent" in changing the planet's environment.

Climate Change and the Imagination of Human History

The current crisis of "climate change" or global warming elicits a variety of responses in individuals, groups, and governments, ranging from denial, disconnect, and indifference to a spirit of engagement and activism of varying kinds and degrees. These responses saturate our historical sense of the "now." Alan Weisman's best-selling book, The World Without Us (New York, 2007), begins with a thought-experiment: "Suppose that the worst has happened. Human extinction is a fait accompli. ... Picture a world from which we all suddenly vanished. ... Is it possible that, instead of heaving a huge biological sigh of relief, the world without us, would miss us?" I am drawn to Weisman's experiment as it tellingly demonstrates how the current crisis can indeed precipitate a sense of the present that disconnects the future from the past by putting such a future beyond the grasp of historical sensibility. The discipline of history exists on the assumption that a certain element of continuity in human experience is what connects peoples of the past to those of the present. We normally envisage the future with the help of the same faculty that allows us to picture the past. Weisman's thought-experiment illustrates the historical paradox that inhabits contemporary moods of concern about the finitude of humanity. To follow Weisman's injunction, we have to insert ourselves into a future "without us" in order to be able to visualize it. Thus, our usual historical practices for visualizing times inaccessible to us personally - the exercise of historical understanding - are thrown into deep disarray. Our historical sense of the present born of the crisis of global warming has thus become, in Weisman's version at least, deeply destructive of our general sense of history.

Much in the debate on climate change should be of interest to those involved in contemporary discussions about globalization and world history. For as the idea gains ground that the risks of global warming have to do with excessive accumulation in the atmosphere of greenhouse gases produced mainly through the burning of fossil fuel and the industrialized use of animal stock by human beings, certain scientific propositions have come into circulation in the public domain that have profound, even transformative, implications for how we think about human history and globalization.

In what follows, I begin with the proposition that anthropogenic explanations of climate change spell the collapse of the humanist distinction between natural history and human history, and end by discussing the problems that attend attempts to think together what Edward Wilson once called "deep" and "recorded" histories of human beings.

What and When was Postcolonialism?

The climate of history : four theses

The in-human and the ethical in communal violence

Memories of displacement : the poetry and prejudice of dwelling

A small history of Subaltern Studies

Reconciliation and its historiography : some preliminary thoughts