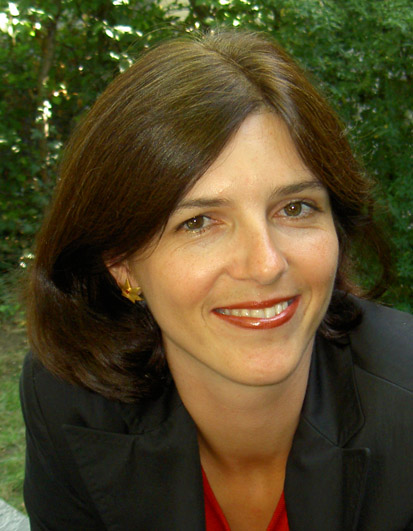 1) New cartographies: within rather than between

We are witnessing the contemporariousness of the uncontemporary. On the one hand, family values, forms and codes are multiplying and a new dimension of discursive heterogeneity is emerging. On the other hand, holistic understanding of culture is enjoying a renaissance, there is an insistence - be it as an apologia or with critical intent - on ascribed attributes of the self and of that which is other, on characteristics being incorporated into people. This is no paradox, however. All these phenomena can be conceived of without contradiction in the context of globalisation.
Admittedly, cultural identity is determined by a plethora of social processes. Constructivist analysis makes these imagined evidences visible. The result of these processes of construction is not an illusion, a fiction or a deception, however, but a reality with potential for change. It is for this reason that cultural identity deserves the attention of Family Law. A positive approach to diversity which protects autonomy and promotes inclusion is the key challenge which modern societies have to meet today.

Islamic law can play its role in European countries due to the fact that International Private Law refers to it and makes it applicable. From a comparative law standpoint, I observe that all countries are engaged in seeking assurance in their quest for balance in the degree of plurality in Family Law which is acceptable. While commonalities and convergences dominate, presumably because the countries concerned are addressing comparable problems, differences in emphasis are also apparent. It is in France that public order-considerations under International Private Law most evidently serve to protect self-affirmation. Switzerland pursues a policy of integration, as is evident from its tendency to apply the law of the domicile. Germany, by contrast, identifies strongly with its own cultural codes. Its frequent recourse to the law of Islamic countries and its noteworthy reticence in giving precedence to German law on ordre public grounds can be seen as both a defence mechanism and a demarcation line within its borders as well as respect for differences. Spain takes account of its Islamic past, thereby opening up new fields of cultural autonomy. Finally, England's social structures display signs of communitarianism. Despite applying law based on an individual's domicile, the state shows willingness to allow culture-based canons of Family Law to co-exist with a very considerable degree of legal autonomy. The Muslim community in England has thus largely maintained its legal traditions, albeit in a modified form.
The observation is therefore, that the degree of permissible diversity in the context of Family Law can be seen as an ephiphenomena of different variants of political modernity and national self definition in Europe - neither more, nor less.

3) The (de-)construction of binary opposition

In the "post-national" and "post-secular" society, attempting to use national borders as the relevant context for the determination of identity ultimately amounts to legal reductionism. Serious misgivings apply to determining the Family Law applicable to an individual on the basis of their nationality, particularly since this is an approach based on exclusion. It is an approach which anticipates a difference, which it then re-emphasises with every decision. It is thus a performative act, engaging in the binary logic of the self and that which is other. That said, determination of applicable law based on nationality is in decline, ceding ground to a determination of jurisdiction based on shared living space and choice of laws, the objective being to find common ground.

4) Eruptions in Family Laws in Europe

The ethical imperative of respect for cultural and religious identities, coupled with the axiom of their equivalence, poses a challenge to Family Law. In Europe, increasing convergence in substantive Family Law has been accompanied by a gradual erosion of the importance accorded to status. In particular, traditional interpretations of marriage as an institution have proved to be historically obsolete, and the economic and social need to structure society by means of Family Law policy is atavistic. A system of Family Law free of metaphysical and political constraints, which has returned to its basic protective tasks, has considerable integrative potential.

An approach to recognising cultural identity and alien understandings of Family Law within the scope of substantive law aims to find common ground. Such common ground can be found in many areas, and the encounters are of differing intensity. While it is rare that the Family Law applicable to a given situation is culturally diversified, accommodation of alien legal concepts by autonomous jurisdictions is nevertheless more frequent. In order to incorporate culturally or religiously alien legal formulations, a process of norm concretisation needs to be sufficiently open to cultural and normative diversity. The process is however essentially an eclectic one, rather than one determined by theory.

Legal pluralism, conversely, is a field of anthropological investigation. Legal anthropology teaches us that social space is not a normative vacuum. Pluralistic legal structures unconstrained by the dictates of legal positivism, challenge the modern idea that legislative monopoly rests with the state, thus removing the law from the panoptic of reifications in which many have imprisoned it. Such pluralism brings into sharp focus the enormous interdependence and complexity which exists in the relationship between normative systems and social practices. It is thanks to the anthropological theory of legal pluralism that jurisprudence has turned its attention to this complexity, to the empirically observable law as it is actually lived.
Nevertheless, parallel, religious community based systems of Family Law are not a realistic and desirable prospect for Europe, especially since they must necessarily pose a challenge which the theory of law tailored to the individual cannot possibly meet. The right to cultural identity in the context of Family Law does not rule out the equality of normative obligation, precisely because this right also needs a foundation, a basis, in order for its own validity to be guaranteed. Moreover, in a democratic and secular state cultural inclusion in institutions and procedures of Family Law is something which cannot be dispensed with. The delegation of Family Law legislation and jurisdiction to a religious group poses a threat to the cohesion of society and the weaker group members.

7) Discursive practice and legitimisation by proceedings

Nevertheless, there is very considerable scope for accommodating a plurality of views about the family. I believe that empirical and normative perspectives can ultimately best be combined in a Family Law context based on discourse and procedure and by clarifying the core tasks of family law. To discuss the theoretical premises and the dogmatic and practical implications is the scope of my project based on the following convictions: To ensure autonomy and protection is the main task of Family Law. Depending on the area it is regulating, Family Laws in Europe can limit themselves to recognising self-determined proceedings, to integrating culture-based institutions, rules and values - despite the legislative prerogative which state law obviously holds - or, finally, to finding procedures within its state monopoly for reconciling differing positions. The limits are set by the constitution and human rights. An irreducible core of Family Law values which is sufficiently abstract and to which everyone could subscribe can integrate both cultural plurality and other growing differentiations within society. Autonomy ensures recourse to familiar discourse and to interpretative sovereignty. Nevertheless, when heterarchical common ground is found, cultural and normative syncretisation can occur, pointing the way beyond the limitations of individual points of view. To address plurality, to be aware of one's own history, not to stigmatise, to be aware of the contingent nature of cultural constructions and of the inherent potential for change. These are the essential elements of integrative Family Law order and practice.