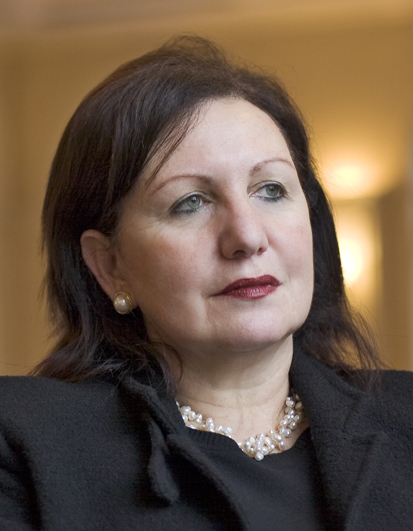 Born in 1950 in Istanbul
Studied Philosophy at Yale University

On the Historical Origins and Philosophical Foundation of Cosmopolitan Norms

In several works in the last decade I have documented the emergence of an international human rights regime, the spread of cosmopolitan norms, and the disaggregation of citizenship rights. By "cosmopolitan norms" I understand norms that protect the individual as a rights-carrying person in the legal community, regardless of the status of national membership. These norms have emerged through the development of an international human rights regime. The "international human rights regime" refers to a set of interrelated and overlapping global and regional legal regimes that encompass human rights treaties as well as customary international law or international soft law. Recent trends pertaining to the legal articulation of crimes against humanity, humanitarian interventions, and transnational migrations have also exacerbated some of the well-established tensions within the international state-system, as between adherence to universal human rights norms on the one hand and the exercise of state sovereignty on the other. Many have discussed the crises of the "post-Westphalian state" and the emergence of a "post-national" state or "disaggregated sovereignty".
First, I will look at the historical genesis of these norms in historical records documenting various discussions among the participants at the time of their adoption, such as the UDHR (Universal Declaration of Human Rights) and the Genocide Convention. These documents are of more than historical interest: they show how an "overlapping consensus" may have eventually emerged among participants from very different religions, languages, countries, and persuasions. What were their arguments leading to this consensus?
Second, it has long been known that international law has a peculiar status, unlike natural law on the one hand and positive law on the other. What is this status in a world of increasing constitutionalization? Can we use Rawlsian concepts such as "moral constructivism" or "overlapping consensus" to conceptualize the validity of cosmopolitan norms? Or are we moving toward "global constitutionalism"?

Hannah Arendt (1906-1975) and Raphael (Ralph) Lemkin (1900-1959) were witnesses to the European catastrophes of the twentieth century. By contrast to Arendt, who achieved world-wide fame and recognition during her lifetime, Lemkin, the Father of the Genocide Convention which was passed by the General Assembly of the United Nations on December 9, 1948, died in New York destitute and neglected by the world. There are no references in Arendt's work to Lemkin's path-breaking work, "Axis Rule in Occupied Europe. Laws of Occupation, Analysis of Government, Proposals for Redress" (Washington: Carnegie Endowment for International Peace, 1944). Nor is there any acknowledgment in Lemkin's papers - as far as I can tell- of Hannah Arendt's own epoch-making book, "The Origins of Totalitarianism" [1951], originally published in London as "The Burden of Our Times" (London: Secker and Warburg).

In this lecture, I will interrogate several passages in Arendt's works which reveal great skepticism towards "human rights declarations and conventions." Right after WWII, in the early 1950's, Arendt is a skeptic towards the force of international law and institutions. Ironically, however, by the time she writes Eichmann in Jerusalem in 1963, she delivers one of the most philosophically interesting condemnations of the crime of genocide, as being a crime against human plurality.

I will juxtapose Arendt's concept of 'plurality' to Lemkin's concept of 'the group,' and analyze the ontology of human groups and associations which they imply. Lemkin, I will claim, is heir to an Herderian tradition of thinking about human groups in culturalist terms, while Arendt is an "associationist." What implications does the ontology of groups have for thinking about genocide in juridical as well as ethical terms? What is the moral intuition behind the claim that the destruction of the existence of a group and of its way of life is -somehow- ontologically a crime of a different order than the destruction of the life form of individuals?

In the concluding sections of my lecture, I will address the problem of "universal jurisdiction" in prosecuting the crime of genocide and contrast Lemkin's and Arendt's views.

Claiming rights beyond borders : the present debate on sovereignty and international law