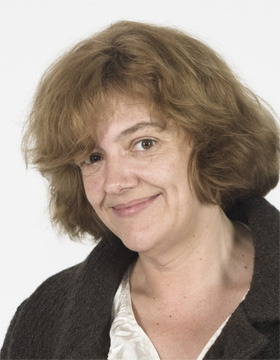 Born in 1960 in Seattle, Wash., USA
Studied Philosophy at the University of Pittsburgh

Elizabeth Anscombe began investigating intention in action in her 1957 monograph, Intention. Partly inspired by Donald Davidson's fondness for that slender volume, Anglophone philosophers of action came increasingly to cite Intention with filial piety or substantive approval, and then to attribute theses to Anscombe that she did not propound (such as that moral goodness is the constitutive principle of willing, or that psychological states pertinent to action can have one of two directions of fit), to find tendencies in her work that she argued against (such as behaviorism), and to provide summaries of her position that are inconsistent with her method, arguments, and substantive conclusions (such as that she teaches us to see intention under three headings: Intending to act, acting intentionally, and acting with an intention). Decades of widespread philosophical acclaim marching arm-in-arm with equally widespread philosophical misunderstanding may help to explain why Anscombean practical philosophy is still in its infancy. I have begun work on a book about Intention and about intention. I plan to complete that work at the Wissenschaftskolleg.

For Want of a Nail

Contemporary Anglophone philosophers tend to follow one of two paths in thinking about practical reason:

On the first view, human reason has the same form no matter what its topic or content. On the second, practical reason has a distinctive form. The first sort of view is common. The second is becoming increasingly popular. The first requires giving a lot of attention to practical inference, deliberation, systems of value, and the interplay of psychological states in rational decision-making. The second requires giving a lot of attention to questions like "What does it take for some event to be an action?" and "If practical reason can't be distinguished from theoretical reason by its subject matter, what are the distinctive marks of practical reason?"

Among philosophers devoted to second view, some argue that something is an action just in case it has a particular kind of psychological source-it is, for example, authentically and avowedly an agent's own, or it emerges from a decision-making procedure that meets certain standards. Others argue that actions are set apart from other goings-on in human life because of their relation to norms and social practices. Still others, following the work of the 20th century English philosopher, G. E. M. Anscombe (who was, in turn, following Aristotle and medieval scholastic philosophers), argue that actions are processes with end-directed structure to which reasons-for-acting seeking questions are given application.

The Anglophone philosophical wrangle over practical reason is haunted by ethics. Most philosophers drawn to the field find themselves there because they are interested in questions about whether unethical conduct is irrational, whether ethical conduct is rational, and whether, quite apart from the attendant social sanctions and individuating force of community-specific codes of ethical conduct, there is more to be said on behalf of justice, honesty, courage, decency, and the like than that people often tend to go in for these things (or, at least, to be glad when their fellows do).

Most of my work on these questions has been in Anscombean action theory. Because Anscombean action theory seeks a philosophical account of reason in action generally-in good actions, bad actions, and actions that are neither good nor bad-there is nothing distinctively ethical about it. I have tended to avoid work in ethics proper, taking seriously Anscombe's argument that Anglophone philosophy has yet to develop the philosophical equipment required for godless ethics. I will break my silence by discussing one aspect of the intersection of ethics and practical reason. I will consider normative models of decision and choice drawn from Anglophone rational choice and decision theoretic literatures (outside disciplinary philosophy) over and against the results of recent empirical studies of non-expert risk-assessment.

There are three components to rational decision-making on standard normative models: what the agent wants (the goals, "desirabilities," preferences, or ends), the prospective actions or policies under consideration (the practicable options, or means), and what the agent expects will happen as a result of taking specific action or adopting specific policy measures (estimates of the future, sometimes called the "beliefs"). The prospective actions are often modeled as lotteries across possible outcomes, lotteries that the agent can accept or reject. Probability distributions are assigned in such lotteries. The outcome of play is open. Choice on any lottery-based model or representation, then, is choice among probability distributions. Participants in risk-assessment studies do not seem to make decisions in the way suggested by these models. Instead, the participants deploy a form of estimating the future that is alien to the normative models. I hope to argue that the form of estimating the future at issue for participants of risk-assessment studies may be sound, even when the content of their practical judgment is dubious. The form belongs equally to ethics and to practical reason.