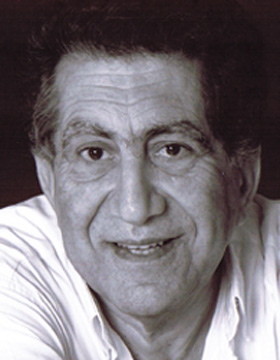 Economic and Political Power in Lebanon

The relationship between economic power and political power in Lebanon has been obscured by a dominant emphasis on the "political", particularly by a reductionist definition of the Lebanese as being, primarily if not exclusively, members of politicized religious communities (sects). My research aims at reintroducing the dialectics between economics and politics in reading Lebanon's history and society. How does a business class intervene in politics in an extroverted economy with a long tradition of laissez-faire? To what extent has military and political power been instrumental in the constitution, defense, and perpetuation of economic interests? These are the two guiding questions in my research.
1. Tracing the historical development of the commercial-financial bourgeoisie from independence to the wars of 1975-90 would be the occasion to test the "non-interventionist" model designed by Michel Chiha (1891-1954), Lebanon's foremost ideologue of free trade and sectarianism. Chiha created a binary model by which the commercial-financial oligarchy pursued its interests through the Executive (by rallying around the all-powerful and unaccountable President of the Republic) and the administration. The Chamber of Deputies, meanwhile, was considered an "assembly of notables" representing the country's landed leaders, whose primary role was the establishment of "sectarian peace", rather than legislation.
2. The long wars of 1975-90 witnessed the development of Mafia business through the black market economy of the militias (protection money, smuggling, piracy, drug economy, arms trade, money laundering, etc.). This phenomenon, which I have already studied in my recent books, will be researched more extensively.
3. The end of the wars witnessed the recycling of militia economies into mainstream business and the increased role played by the Syrian-Lebanese political-military complex in the economies of the post-war period. Politically, businessmen came to play a more direct role in political life and the business class welcomed two kinds of newcomers: Wealthy immigrants and warlords. How did this affect business as a political actor and its mode of intervention in politics?
4. Finally, how has globalization affected the structure, role, and policies of the business class in Lebanon, especially its relationship to the Trans-National Companies (TNCs) and Gulf and Saudi capital? This should lead to the necessary conclusions about the role of the private sector in the democratization process.

In my presentation, I wish to present the life and work of Ahmad Fares Shidyaq (1804-1887) a great, but marginalized and censored, figure of the 19th century Arab cultural renaissance (Nahdah).

Born to a Christian Maronite family in Mount Lebanon, Shidyaq was forced into exile when barely twenty-one, after his older brother As`ad, an early Protestant convert, was incarcerated and died in the dungeons of the Maronite Church. Fares spent the rest of his rich and turbulent life in Cairo, Malta, London, Paris, and Tunis before settling finally in Istanbul in 1861.

Shidyaq's keen sense of observation, his critical mind and the impact of his tragic Lebanese experiences and of his life in Europe made him a privileged commentator and critic on things political and social. A rebel against feudal privileges and the despotism of the Church in his native Lebanon, he called for the abolition of privileges of rank and birth and adopted a secular approach to the relation of church and state. He is also by far the most radical of Arab feminists of his time. But equally important is the dialectical way in which Shidyaq negotiated East-West relations in his time. His critique of social conditions in post-industrial revolution Europe did not blind him to the universality of notions of freedom, progress, democracy and social justice.