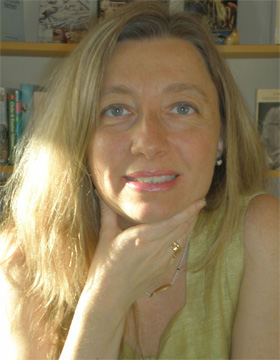 Born in 1966 in Budapest
Studied History and Portuguese Language and Literature at the Eötvös Loránd University, Budapest and the University of Szeged

The journal called Revista Atlantida (published monthly between 1915 and 1920) and the work of the artists and thinkers attached to it at the beginning of the 20th century gave an essential impetus in lusophone cultural circles. The founders and editors of the journal were the Portuguese João de Barros and the Brazilian Paulo Barreto (known as João do Rio) and its primary aim was to encourage and popularize the rapprochement of the two Portuguese-speaking countries, Brazil and Portugal, within the framework of the Ibero-Atlantic, or more precisely within that of the Luso-Brazilian mind-set. It was considered a pioneer program in its own time, as the relationship between the two countries, despite their common language, cultural traditions, and historic bonds, was rather cold in the course of the 19th century. It was more than a century after Brazil had gained independence in 1822 that the mutual distrust and Brazil's instinctive lusophobia mixed up with political overtones eased off and there was a turn in the relationship of the two countries. The rapprochement was not only interesting for its cultural aspects - analysis of the contents of the journal Revista Atl(ntida ( but also for its ideological and political ones; thus the topic offers a wider overview of the history of the relationship of Brazil and Portugal.