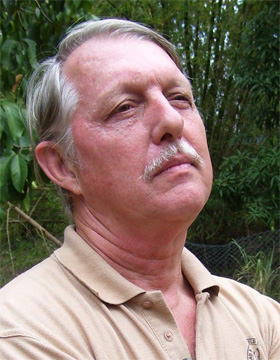 Social insects - comprising all termites, all ants, some wasps and bees, and some much less conspicuous groups - are a peculiar class of organisms that have attracted extraordinary attention over about the last generation. As a coherent discipline, the scientific study of social insects dates from the 1920s, yet it has distinct roots in the Western tradition going back at least to Aristotle.
Despite ample source material, the history of insect sociobiology has hardly begun to be written. The time is right for an in-depth, book-length treatment. The main focus of my sabbatical year will be to bring this project to substantial completion.
In addition, I will take advantage of my time in Berlin to conduct a few interviews with leading figures in the development of insect sociobiology and to explore the idea of a scientific biography of Johannes Dzierzon. I regard Dzierzon (1811-1906) as one of the three most important honeybee biologists of all time, yet he remains little known outside of German-speaking entomology. Residence in Berlin will afford better access to the source literature and permit a visit to the Jan Dzierzon Museum in Kluczbork, Poland.

The scientific study of social insects (insect sociobiology) became a coherent discipline in the period 1890-1910. However, some decades earlier a more restricted discipline had already come into being around the biology of a single social-insect species, the honey bee Apis mellifera. This took place mainly in German-speaking Central Europe in the period 1845-1865. The central figures in this development were the Bienen-Zeitung journal, the rotating annual meetings devoted to honey-bee science, and the silesian beekeeper Jan Dzierzon (1811-1906).

I trace the background conditions that favoured the flowering of honey-bee science in that time and place and describe the discipline's coming of age. At the heart of this development are an 1845 paper by Dzierzon and his beekeeping manual of 1848. In the former he set forth the radical hypothesis -- now known as Dzierzon's rule -- that male bees (drones) arise from unfertilized eggs (parthenogenesis). In the latter, he explicitly grounded practical beekeeping in the basic biology of the honey bee.
Together with other papers by Dzierzon and others in German-speaking Europe, these had the effect of revolutionizing understanding of the honey-bee colony, especially as it related to reproduction.

Contrary to my earlier belief, I conclude that Dzierzon and his followers did not constitute a movement. There is no evidence that they formed an organized faction within honey-bee science. Rather, their unconditional victory with respect to Dzierzon's rule and other important controversies of the time was achieved by the more mundane means of superior experimental results and arguments.

The origin and early years of the IUSSI

The nest as the locus of social life

Holding the fort : colony defense in some primitively social wasps

Social wasps among the Bribri of Costa Rica

Queen or worker, which is the original honey bee? (Hymenoptera: Apidae)

Sperm competition in the aculeata

Origin and evolution of insect sociality : a review of modern theory