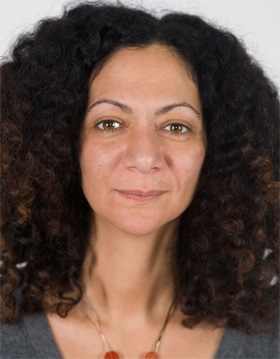 "The People's Entertainments": Popular Fiction and the Politics of Translation in Egypt, (1904-1911)

My project focuses on popular Arabic fiction in the first decade of the twentieth century; a period when the novel itself was a threshold genre generating intense debate about the structure of modern narrative and its social role in a cultural context defined by reformism and the colonial encounter. The broader aim of the project is twofold: 1) to interrogate the Eurocentric teleology that informs the writing of modern Arabic literary history and of high nationalist canon discourse and 2) to construct a new critical language through which to read and recuperate a seminal literary archive that has been suppressed by the modern Arabic canon.
Translation, as practice and culture discourse, intersects the project's broader framework at critical junctures. In a gesture that reflects the ambivalence of postcolonial modernisms, the popular Arabic novel of the period is mostly dismissed as a historical instance of the culturally irresponsible adaptation of mass-market "foreign" fictions ("foreign" here denoting concepts of both the European cultural other and local popular traditions and readerships). By building on contemporary translation theory and (post)structuralist studies of popular genres like romance and melodrama, I try to disentangle possible readings of these texts from ideologically loaded projections of authorship, originality and imitation, as well as from the hegemonic literary realisms that are produced by national literature approaches in both the European and Arab contexts. In the process, I hope to contribute to discussions about the worldly circulation of the novel genre across national and "cultural" borders.

Nation and translation in the Middle East : histories, canons, hegemoies

The novel and the rural imaginary in Egypt : 1880 - 1985 RoutledgeCurzon studies in Arabic and Middle Eastern literatures ; [6]