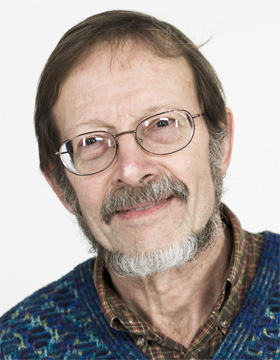 Born in 1944 in Alliance, Neb., USA
Studied Political Science and Mathematics at the University of Nebraska, the Freie Universität Berlin, and Princeton University

Social and economic inequality varies greatly across countries, regions, and epochs, sometimes changing markedly - as in recent decades - over only a generation or two. Traditional explanations emphasize economic and military factors: Changes in factor endowments, trade, or military technology. I will explore, theoretically and historically, the separate contributions of political institutions, which may redistribute directly or facilitate class collusion. I will also address reciprocal causation and "ripple" effects, i. e., how inequality itself affects institutions, economic incentives, and culture.

From World War I to about 1970, and perhaps beginning as early as 1870, inequality of incomes declined substantially within nearly all of what became today's industrialized economies. From 1970 to the present, inequality has again increased in the great majority of developed economies and in the most extreme case - the U.S. - is by some measures almost as great as in 1914. What causes societies to become more equal or unequal, what effects does such a change have, and what (if anything) can governmental policy do about it? I seek the beginnings of an answer both in standard theories (chiefly from economics and political science) and by comparison with other historical episodes when inequality changed rapidly. I then present, as working hypotheses: (a) that most of the change since 1870 can be attributed to transport revolutions, demographic change, and the impact of two world wars; and (b) that, despite the evident success of the welfare state, government policy responds to, more than it shapes, changes in inequality.