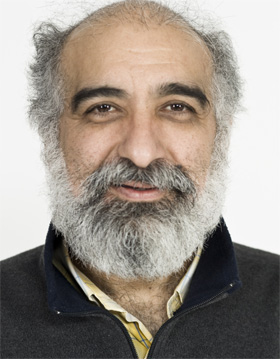 Associate Professor of Philosophy of Science

Born in 1958 in Allahabad, India
Studied Physics, Chemistry, and Mathematics at Bangalore University and at the Indian Institute of Technology, Mumbai and Philosophy of Science at Göteborg University

This study in the social theory of science examines reciprocities between the forms of knowledge production and social context and in particular seeks to contextualise the representations of mathematical knowledge in India in the eighteenth and early nineteenth century, or as is done in studies on the sociology of scientific knowledge. In other words, it examines how social and political context, alongside developments in mathematics, shaped historical representations of the non-West and its knowledge forms.
I wish to complete a monograph on Indian mathematics in the landscape of French Enlightenment historiography that develops on my doctoral dissertation submitted to the University of Göteborg, Sweden several years ago. The study seeks to explore the inner contradictions within Orientalist discourse - the domain of in-betweenness that is embedded within differing social, geographical and cultural backgrounds operating within discourse. There are striking differences between the French and English approaches to the history of Indian mathematics. I have recently been working on the Scottish Enlightenment and its impact on shaping the history of mathematics. I would now like to compare these with the two accounts.
Secondly, the present study examines the constitution of a Eurocentric history of science by examining the concrete case of mathematics, exploring how the institutionalisation of science and the institutional differentiation within the sciences generates a differentiation in the historiography of mathematics. The differentiation in historiography is reflected in different assessments of the past. Furthermore, the study will argue that the changing nature of the contract between science and the emerging nation state is also reflected in the increasing importance accorded to questions of priority in invention and discovery. Priority of discovery was seen to bring prestige to the nation - this became an essential element of nationalist historiography.
Within the history of mathematics, the study puts the historiography of proof in parentheses around which we have the constructions of the geometric West and the algorithmic Orient. These nuances apart, the study argues that the social history of the history of mathematics would provide a more comprehensive picture of the history of mathematics itself.

How Jesuit Sources and Historiography Shaped the Enlightenment History of Mathematics

The presentation is divided into three parts. In the first, I discuss the frameworks and contentious issues confronting scholars studying the history of sciences of India today. The emergence of postcolonial theory of science is briefly discussed, though the discussion on its unviability as a theory of science is postponed. The works of Schwab, Said, Inden (on India) and Bernal have indicated how the representation of the non-West in European writing underwent a transformation towards the end of the eighteenth century. I take up the least likely case, to study this transformation and ethnographically approach the histories of mathematics and astronomy produced by members of the French Academy of Sciences, many of whom were part of the Diderot and D'Alembert's circle of the Encyclopédie. These first disciplinary histories of mathematics and astronomy by Bailly, Delambre and Montucla aspired to be universal in scope, and played a central role in conferring identities on newly emerging disciplines. During this "golden age" of French mathematics, the history of mathematics was configured by a reverse teleology, leading from the past to the work of the leading French mathematicians of the time. The problem with encountering the histories of other mathematical traditions, such as the Indians or the Chinese, was to accommodate and neutralize episodes that disrupted their narratives of mathematical and astronomical progress. And finally, the sources of these histories of mathematics and astronomy were essentially based on Jesuit reports on the mathematical and astronomical practices prevalent on the Indian subcontinent. Jesuit attempts to accommodate non-Christian peoples, particularly from the "ancient world", into a Christian conception of time required the evocation of what I have elsewhere called the tropes of forgetting and disfigurement. It is argued that these very tropes are deployed differently to maintain the narrative of astronomical and mathematical progress in the Enlightenment history of mathematics and astronomy. Ironically enough, in D'Alembert and his circles' conception of the history of Indian mathematics resides the historiography of the French Jesuits.

Disciplines and movements : conversations between India and the German-speaking world

Translating the "exact" and "positive" sciences : early twentieth century reflections on the post of the sciences in India

Iterative learning in the modernisation of the Indian mathamatical tradition

Circulation and cosmopolitanism in 18th century Jaipur : the workshop of Jyotishis, Nujumi and Jesuit astronomers

Needham's Indian notebook : the search for a home for the history of science in India (1950-1970) New perspectives on Indian past

The naturalization of modern science in South Asia : a historical overview of the processes of domestication and globalization

Decolonisation and the entangled histories of science and philosophy in India