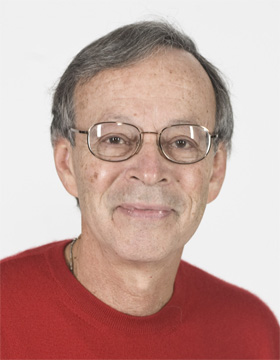 Professor (emer.) of Pediatrics and of Neurobiology, Pharmacology, and Physiology

Born in 1938
Studied Biochemistry at the University of Chicago

In my own writing and as a member of the focus group on Evolutionary Medicine, I will be working to integrate Evolutionary Biology with Medicine. The perspective of evolutionary biology differs in important ways from that of contemporary Western Medicine. Evolution is concerned with populations, or communities, while Medicine is concerned with individuals; Evolutionary Biology stresses the abundance and importance of variation, while Medicine focuses on normality and abnormality; and Evolutionary Biology is concerned with ultimate causes of biological phenomena, causes that were operative during the phylogenetic history of a species, while medicine is concerned with proximate causes of disease, causes that are active during the lifetime of an individual and so are amenable to medical intervention. These perspectives are complementary, and their integration will enrich our understanding of health and disease; nonetheless, the differences between them pose a challenge to making evolutionary thinking relevant to the concerns of physicians.
I am especially interested in topics that might serve to promote the integration we seek. Socioeconomic disparities in health are a reminder that disease cannot be thought of as located solely within individuals, but must be understood in terms of the relationships between individuals and their communities. Racial and ethnic differences between human populations illustrate both the evolutionary significance and the moral irrelevance of human variation. Finally, the evolutionary theory of aging provides a framework for integrating proximate and ultimate causes of disease, and may lead to insights into the postponement of diseases of aging.

Can Evolutionary Biology Help Us Understand Socioeconomic Disparities In Health?

Socioeconomic disparities in health make a major contribution to the burden of disease in developed countries. I am thinking about ways in which evolutionary biology might shed light on the origin of these disparities, with the hope that this understanding might in turn help us to reduce or eliminate them. I shall begin my colloquium with a short discussion of the theory of evolution by natural selection, and of the different perspectives that evolutionary biology and medicine bring to the study of disease. I shall then talk about evolutionary theories of aging, or of "life-history strategies." Briefly, organisms have finite resources of energy and time that they must allocate among such functions as growth and development, coping with daily life (Darwin's "struggle for existence"), reproduction, and somatic or bodily maintenance and repair. Because resources are limited, because some resources must be allocated to other functions, and because natural selection has shaped resource allocation in ways that enhance fitness rather than longevity or health, somatic maintenance is necessarily imperfect. As a result, organisms age and eventually die. On a population level, one manifestation of aging is a progressive increase in age-specific mortality rates (or probability of dying), which begins in humans at about the beginning of puberty.

In the United States, we often use "race" as a proxy for socioeconomic status. Socioeconomic or racial disparities in health can be thought of in terms of differences in aging; people in disadvantaged groups age more quickly and have shorter life expectancies than do those in more privileged groups. Needless to say, health disparities are complex problems. I shall focus on the idea that the social stress of living in hierarchical societies is part of the struggle for existence, and that the energetic cost of dealing with this stress leads to a decrease in somatic repair and thus accelerates aging. If this idea is correct, then the burden of health in a society must be seen not only as a problem of unhealthy individuals but also as a problem of unhealthy social organization.

Adaptation. A trait that has been shaped and preserved by natural selection because it increased fitness in the environment in which it arose.

Alleles. Alternate forms of genes, which differ in DNA sequence and may have different phenotypic effects.

Fitness. The ability of organisms of a specific genotype to reproduce and to contribute genes to the gene pool of their population.

Gene. A DNA sequence that occupies a specific place, or locus, on a chromosome and that specifies the synthesis of a specific protein. There are 20-25,000 genes in the human genome.

Genotype. The particular combination of alleles in an organism, either at a specific locus or in the entire genome.

Socioeconomic inequalities in ageing and health