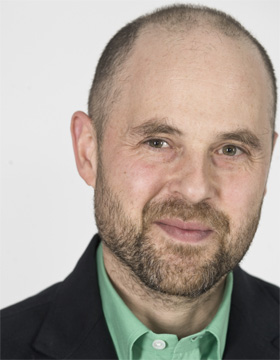 The main focus of my research has been perception and consciousness. I urge that perception is an activity; perceptual experience is something we do, not something that happens in us. Perception is not input from world to mind, and the connection between perception and action is more intimate than is sometimes supposed. Perceiving is a manner of encounter with objects in the world near us; what enables us to encounter objects is our skill-based access to them. The ground of our access to things, in turn, is our practical grasp of the ways what we do changes our sensory relation to them (our grasp, that is, on the sensory significance of movement). For example, we appreciate that how things look necessarily varies as we move in relation to them. Perceptual consciousness - what and how things show up for us in perception - is in this way entangled with our capacities for skillful movement. The aim of my book Action In Perception was to elaborate this Actionist approach to perceptual consciousness, and to do so in a way that engaged work not only by philosophers, but also cognitive scientists as well as others (including artists) whose work depends on understanding perception.
Perceptual experience is a neural phenomenon, but it is not only a neural phenomenon. If Actionism is right, perceptual experience arises from (and is constituted by) the interplay of brain, body, and environment. To a surprising degree, neuroscientists working directly on consciousness - those seeking to uncover its neural basis - have failed to take seriously the implications of the possibility that no account of perceptual consciousness can be complete if it is framed in neural terms alone. Many scientists, as well as philosophers, are impressed by what is sometimes called the "explanatory gap" between consciousness and the brain. What is it, they ask, about the way cortical cells are firing that makes the perceptual events they give rise to visual, rather than auditory, for example? It is acknowledged that at the present time no one has come close to providing an answer to this question. Neural systems are explanatorily opaque when it comes to consciousness. In current research I press the question: Perhaps what explains our inability to understand the physical basis of perceptual consciousness is just the fact that we have restricted our focus to neural factors alone? I argue that we can achieve a better understanding if we widen the domain in terms of which we try to explain consciousness. No explanation of consciousness can hope to be complete unless it looks at neural systems as contributing to the animal's embodied dynamic interaction with its environment.
During the first half of my stay at the Wissenschaftskolleg, I plan to complete a book whose main aim is to make this argument. The book will be published under the title "Out of Our Heads: Why You are not Your Brain and Other Lessons from the Biology of Consciousness."
A central theme in the Actionist account is that the world shows up for perceptual consciousness as available thanks to our possession of skills, both sensorimotor and intellectual. My ongoing project - upon completion of "Out of Our Heads" - is to extend and refine this theory to encompass aspects of mental life other than perceptual consciousness.

The topic of my presentation is seeing pictures. What do you see when you look at a picture? What do you see, for example, when you look at a photograph of a loved one, or at an image in the newspaper of one of the presidential candidates? These are straight forward questions but they are surprisingly difficult to answer. The problem of seeing pictures turns out to be central to the study of perception and consciousness, whether in philosophy or empirical science. To get clear about pictures - about what I call the problem of presence in pictures - is to make a contribution to the theory of perception. That's my objective here. I will also say something about what makes some pictures works of art.

Out of our heads : why you are not your brain, and other lessons from the biology of consciousness

Action in perception Representation and mind

On what we see