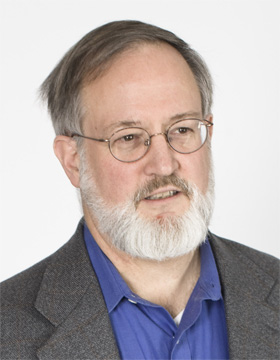 Born in 1948 in the USA
Studied Social Psychology, Medicine, and Residency in Psychiatry at Carleton College, Northfield, Minnesota and at the University of Michigan

Our focus group will collaborate to develop work in the new field of Darwinian Medicine. While evolutionary biology has been integral to certain areas of medical research, such as antibiotic resistance and genetics, the principles of natural selection are only now being applied in many other areas of medicine. The field has generated enormous interest, but so far it has no textbook, no journal and no scientific society. We hope to make good progress towards creating resources that will facilitate communication, collaboration and teaching about evolution and medicine.
My related personal project is to finish a book on evolution and mood disorders. Research on depression has mostly been limited to proximate studies of the mechanisms of depression. The missing piece to this puzzle, it seems to me, is an understanding of why the capacity for mood exists at all, and why natural selection has shaped mood regulation mechanisms so vulnerable to dysregulation. Far from trying to understand humans in crude terms as just one more species, this evolutionary approach offers a nomothetic framework for incorporating the idiographic narratives that explain the origins of depression in an individual. If all goes well, by the time I arrive at the Wissenschaftskolleg, I should have made further progress on my current project to understand how social selection shaped human capacities for altruism and our remarkable sensitivity to others' opinions. This may well help to enrich my work on the evolutionary origins of mood and why depression is so prevalent.

Despite millennia of thinking and decades of nomothetic research, we still do not know what causes depression. No biological marker can diagnose depression. No specific brain abnormality distinguishes depressives from normal people. We don't even have a scientific justification for distinguishing normal from abnormal depression symptoms. Slow progress may result from using only the proximate half of biology. An evolutionary approach suggests asking a new question: Why did natural selection leave all humans so vulnerable to depression? Of the six possible answers suggested by Darwinian medicine, the most likely is that depression is a dysregulation of a normal response. Mood variation is a useful capacity shaped by natural selection. In situations where efforts payoff, high mood offers advantages. In situations where efforts are failing, low mood protects against loss and motivates finding alternative strategies. If nothing succeeds, it disengages commitment from a goal. If a person cannot give up an unreachable goal, low mood is likely to escalate to depression. Much evidence confirms that mood is adjusted as a function of the rate of goal approach. However, the importance of pursing unreachable goals for clinical depression has not yet been determined, nor do we know if motivational structure differences can help explain cultural differences in depression rates. This will require new strategies for analyzing idiographic motivational structures. Further work is also needed to understand the brain mechanisms that regulate normal mood changes, and the evolutionary reasons for wide individual variations in these mechanisms. We also need to investigate why natural selection has left mood systems so vulnerable to dysregulation. In addition to suggesting new research directions, this approach has immediate clinical applications. By bringing deeply idiographic data into a biological nomothetic framework, it encourages a new focus on the challenge of understanding individual lives. It may even help psychiatry to reallocate some investments from unreachable to reachable goals.

Social selection and the origins of culture

Evolutionary perspectives on health and medicine

Explaining depression : neuroscience is not enough, evolution is essential