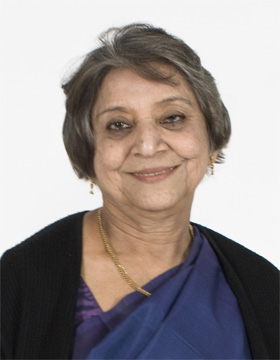 At the age of twenty, he ran away to England with two of his friends and came back three years later after qualifying in the Indian Civil Service examination. He had at least five different careers in his life: An exemplary civil servant who was also a relentless critic of the British policy of land reform and famine control in India, a remarkable novelist in Bengali, the writer of the definitive two-volume Economic History of India (in English), a translator of Sanskrit epics into English, and, after retirement, Professor of Indian History at London University. Later he became the President of the Indian National Congress and took active part in public life. His last assignment was as the Economic Advisor to the Maharaja Sayaji Rao of Baroda, an enlightened native prince who reigned in the western part of India.
My attempt in this project is to write an integrated narrative of his complex life, relating it to colonial history and emerging nationalism in India, bringing out in the process the contradictions and paradoxes in his personality.

Narrativizing the Past : Ambivalence of a Colonial Intellectual

History-writing is never a purely objective activity free of ideology or questions of power. Of the many strands constituting my current biography project (R. C. Dutt 1848-1908) for this colloquium I single out Dutt's engagement with India's past. Dutt belonged to that generation of Indians who were attempting to reclaim their past from British historians. This insistence on self-representation creating an indigenous historiography were symptoms of an emerging nationalism; yet paradoxically it was through their Western education that Indian intellectuals came to rethink their past along the lines of a post-Enlightenment rationalist view of history. This dichotomy created unresolved tensions in the texts, broaching certain questions that I should like to share with you.

Another paradox pertains to the nature of Dutt's European legacy, which came from two opposite sources - the Orientalists and the Utilitarians. One provided him the framework and the other the brick and mortar for constructing his narratives of the past.

Romesh Chunder Dutt worked simultaneously in diverse fields: administration, advocacy of economic reform, writing novels as well as expository prose, translating from Sanskrit and much else. Among his books I focus today on three titles that belong to the discipline of history:

I also look briefly at Dutt's historical novels, where his use of the past had a different objective and where the leaven of imagination was allowed to mitigate the truth-claims of a historian.

An Indian for all seasons : the many lives of R. C. Dutt

The perishable empire : essays on Indian writing in English

Nation, novel and history : Romeshehandra Dutt's construction of the past

Realism and reality : the novel and society in India Oxford India Paperbacks