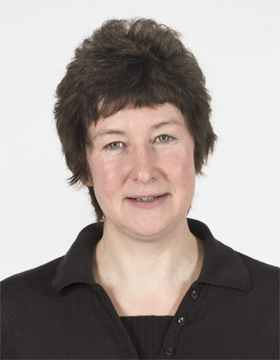 Born in 1965 in Dorset, England
Studied Zoology at the University of Edinburgh

Evolution for the Younger Community

Throughout my editorial career, my key aim has been to promote the communication of science more widely, in particular that of evolution and ecology. At the Wissenschaftskolleg, I will be part of a focus group that aims to promote the integration and communication of evolution and medicine among scientists, medical practitioners, students, and the wider public. Related to this, I would also like to take time to research more generally how rapidly changing technology (primarily web-based) and publishing models can be harnessed for different communities and in particular how evolution can be communicated more effectively to younger people. The current climate against the theory of evolution, especially in the US, stems in part from a lack of appropriate education and a misunderstanding that evolution is a subject with a political or religious agenda, rather than a science. My focus would initially be on the 10 to 14-year-old age group. I am not yet clear what form this publication would take, although my initial aim would be to write a book aimed at this age group. This would not be a textbook and would probably take the form of a popular science book or a work of fiction with evolution as a central theme; I want to harness young people's curiosity and enthusiasm. In the long term, I would also want to take advantage of web-based media to fulfill this goal.

Science in cyberspace: the future of scholarly publishing

Scientific (and here I mean Science, Technical and Medical) scholarly communication has been transformed in the past 10 years. With the growth of the internet, journal articles can now be produced and, at little extra cost, distributed either to one or to a million people. Unlike traditional print publishing where every individual copy has to be paid for, it is therefore no longer necessary - or appropriate - to have a system of scholarly publishing that is funded by charging for access to information (the subscription based model). Open Access publishers (such as the Public Library of Science, founded by Harold Varmus and others) instead propose alternative models; for example, where the cost of publication for authors is charged at the outset to the funders and institutions that currently support research. Moreover, instead of the publisher retaining copyright, the author retains the rights to the work but licenses it for redistribution and reuse by the public. This fundamental and radical change to science communication, which removes both access and permission barriers, has several innovative consequences for science. First, and most obvious, is wider access to information - not just for researchers, but for educators, the public, NGOs, physicians and developing countries. Second, it promotes innovation in how science is communicated and evaluated. The growth of social networking and 'Web:2.0' technology provides particular challenges and opportunities in this context. Third, it actively enhances knowledge discovery; the text and data within papers can be linked to a variety of sophisticated databases and analytical tools, including text mining, which allows novel information to be extracted and collated from individual articles. Fourth, it can nurture emerging fields and help promote interdisciplinarity. And, finally, by promoting more transparency across a variety of publishing models, market forces can work more effectively and help to drive down the current costs of publication.

Academics and the publishing community have responded differently to these proposals. Authors do not yet have incentives to publish their work in new or experimental venues when the academic reward system is so entrenched within a model of traditional subscription-based publishing. There is also no incentive for either commercial publishers or independent scholarly societies to shift from a system that has given them price increases above inflation. The cultural shift in science dissemination is therefore primarily being driven by funders, librarians and policy makers across many different continents. They agree that all technically sound science should be published, be freely available to read and reuse, and be the springboard for researchers and readers to continue a scientific discussion. The repercussions of such change mean the traditional scholarly journal, which sets up artificial barriers between subject areas and limits discourse around the content, has a limited life expectancy.

My talk will focus on the natural and biomedical sciences but the issues I discuss are equally important for the humanities. The humanities community has a different set of cultural practices in publishing (e.g. the role of peer review, and the importance of the monograph compared with a journal article). There are already some open access publishing initiatives in the humanities and I look forward to this opportunity to learn from you how applicable an 'open access' model might be.

Finally, I will briefly discuss what this means for the evolution and medicine Schwerpunkt and the challenges we face in promoting discourse and relevant research among several fragmented disciplines.