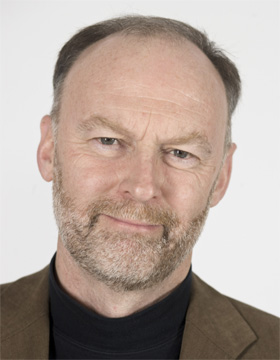 Born in 1954 in Durham, England
Studied Law at the London School of Economics, the University of Warwick, and at Harvard Law School

Constitution Beyond the Nation State

Globalization and the Grammar of Public Law

This is a study of the foundations of the discipline of public law. The term "public law" is here used very broadly to encompass the laws and practices that establish and maintain public authority. The study therefore treats public law as a set of practices that sustains a special way of world-making: The world of the political. The objective of the study is to examine the conceptual building blocks of the subject - the structural features of the language - in order to identify its distinctive grammar and singular ways of speaking. The study spans the range of state theory, constitutional theory, and administrative theory to show how in the modern imagination public law sustains an autonomous realm of the political. Finally, it seeks to investigate the impact that the various changes taking place in contemporary life and that can conveniently be associated with the phenomenon of "globalization", are exerting on the mode of operation of these practices, their underlying assumptions, and the character of this distinctive way of world-making.

Is the modern era of constitutionalism coming to a close?
Are we now entering the world of 'the posties' (post-state, post-sovereignty, post-nation, post-constitutionalism)?
Can we find the resources within public law to fashion an adequate response to contemporary developments?

These three questions throw into relief some of the issues I am trying to address through an investigation into the discipline of public law. (Although I do not speak for the others, they are also key issues for our study group on 'constitutions beyond the nation state'). My own approach to these questions is indirect. Invoking the maxim reculer pour mieux sauter, I am conducting an inquiry into the evolution of the modern (European) discourse of public law. My objective is to specify its most basic elements for the purpose of examining the ways in which public law might be re-fashioned to respond to the challenge that the growth in governmental power beyond the nation state presents.

I will present some of my basic claims about the subject in the colloquium. These arguments are being developed with respect to a book I am currently writing, Foundations of Public Law, and of which 'public law as political jurisprudence' forms the first part. This first part of the book presents a broad conception of the subject, and this may be contentious. Public law here does not refer to a division within positive law between the law applying to public bodies (public law) as distinct from the law applying to ordinary legal persons (private law), but is intended to encompass all the norms, rules, customs and practices that sustain the political realm. It incorporates, but is more general than, administrative law, constitutional law and state law, and finds its closest analogies in allgemeines Staatsrecht or (better still) droit politique. This part of the argument thus re-interprets many of the works of early-modern/modern political philosophy (from Bodin to Hegel?) as forming an extended argument about the character of public law.

One caveat: I will not be presenting an account of a clear and finished argument; rather, I will try to explain how far I have proceeded with my thinking, with a view to inviting colleagues to explain where I might be going wrong.

Investment treaty arbitration as a species of global administrative law

The constitution of Europe : the new Kulturkampf

The idea of public law