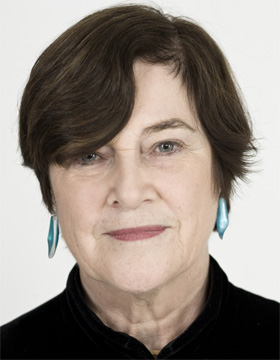 Professor of History and Humanities, Director of the Humanities Center

Born in 1939 in Inverness, Scotland
Studied Physiology and Psychology at Somerville College, Oxford University and History of Science at Harvard University

The Science of Emotion: History of Research from 1960 to the Present

A history of research on the emotions from the 1960s to the present, focusing on the debate between those who support a "cognitivist" approach, according to which the affects are intentional or "object-directed" and depend on cognitive appraisals of the world, and those who advocate an "anti-cognitivist" or "affect program" approach, according to which the emotions are hard-wired, reflex-like, species-typical genetic programs, behaviors, and physiological reactions.

What If Anything Do Faces Reveal? Toward a History of Research on the Emotions

In my last book, "From Guilt to Shame: Auschwitz and After" (Princeton Press, 2007), I undertook to analyze the vicissitudes of the concepts of survivor guilt and shame in the United States from the post-World War II period to the present. In the course of my research I inevitably had to engage with the question of how the emotions in general had been conceptualized and studied. I became aware that two different paradigms of the emotions had vied for attention and success. One paradigm assumed that the emotions involve cognitive or intentional processes in the sense that they are "about" the objects to which they are directed and depend on cognitive appraisals of the world. The other paradigm assumed that the emotions are non-cognitive or non-intentional processes that can be defined as a set of discrete, inherited, reflex-like programs, behaviors, and physiological reactions.

I am now in the process of writing a history of research on the emotions in the United States (and to some extent in Europe as well) from the 1960s to the present. In my Colloquium talk I will present a small piece of the work I have been doing on this topic while at the Wissenschaftskolleg. In particular, I will offer a critical evaluation of the role the experimental study of facial expression has played in the attempt to establish a non-intentionalist science of the affects.