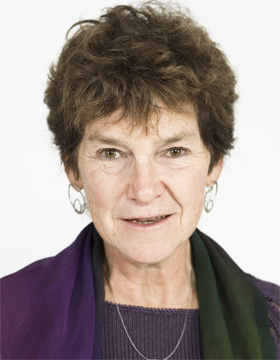 Family, Photography, and Memory in the Public Sphere and in Private Life

The project consists of a series of explorations of the links between visual images (photography), subjectivity, family and social bonds, and political action. In particular, it is about the connections between memory, identity, and family and public life, anchored in previous fields and theoretical research on memories of political violence and state repression, on family and gender, and on photography in everyday life, carried out in the Southern Cone of Latin America and more in-depth in Argentina.
Three strands come together in the project. First, an exploration of the ways in which communities and individuals respond to photographs that have been taken of them (or their communities) in the past. Fieldwork for this project consisted of a provocation for "memory work". The idea of "memory work", or rather "the labors of memory" (the title of my recent book), is a second strand of my research, namely the study of the struggles for memory after periods of state repression and political violence. Photographs have been widely used in these personal, social, and political struggles over memory. The icon of Latin American state terrorism is, without doubt, the photograph of the disappeared relative that mothers carry in marches and demonstrations. Third, it is in this convergence of photographs as memory supports with the public visibility of family (especially motherhood) that I encounter the key issues I want to study, particularly the way this process operates or resonates with people of different generations and how it is transformed over time. Family photographs help constitute family memory, and their absence (especially when it is linked to political catastrophes) seems to create a void and a gap both in memory and in intergenerational communication. However, the distance between private family mourning and memory, on the one hand, and social and political action, on the other, requires further recognition and scrutiny.

Translocated roses, or the myth of Eldorado: Journeys through time, space, image and silence

The looking glass is directed toward Eldorado, a virgin subtropical land in Northeastern Argentina, around 1920. I will be following some lines of its history during the following three decades, a history that can be read in terms of bringing "civilization", modernity and progress to an untamed savage land. The basic route was that of European immigration, in part escaping from poverty, conflict and destruction. The magnet of a gilded future of wealth and happiness was the other side of the coin.

Some experienced some success; escape turned out to be impossible. The "locality" and the "local"-in this case as in others-are not what is left over or kept out of the center. Rather, they are part of an interrelated world. The task I propose stems from an attempt to conceptualize the "local" not in contrast to the "global" or the "macro" but rather as a shifted center from which the world can be looked at, a base from which webs of connections with other places, peoples and institutions are made and broken, shaped and reshaped. From this "decentered" center, the history of "Europe" becomes not a history of place but one of flows and webs-of people or of political and institutional links, of economic interests, of personal and family ties. Personal letters and photographs sent and received, auto- and family biographies and the photo album are the means to explore such flows. There are also the more conventional public documents and printed newspapers. It is also a story of many silences to be uncovered.

The case of Eldorado will be used to reflect upon and pose some questions about more general issues in social research: the conceptualization of local-global and center-periphery relationships; the private-public divide; the split we construct between rationality and objectivity on the one hand, and passions and emotions on the other; the "embodied" link between academic research, intellectual commitments and the public sphere; perhaps something about chance and choice in asking research questions.

One final word: my presentation of the story of Eldorado is at a much earlier stage in the research process than what the usual label "work in progress" implies. I see it as something reminiscent of the opening page of an deceptively blank notebook: there are hidden drawings, lines and colors to be discovered by simply watering the pages, yet they will show up only in an unforeseeable combination with what will be added by the pencil and paint brought to the scene by the carrier of the notebook, in this case by me.

Across the Atlantic : silences and memories of nazism in remote lands (Eldorado, Misiones)

Translocated roses or the myth of Eldorado : journey through time, space, image and silence

Gender and the family in public policy : a comparative view of Argentina and Sweden

Across the Atlantic : Silences and Memories of Nazism in Remote Lands (Eldorado, Misiones)
Palgrave Macmillan more publications in the Fellows' Library