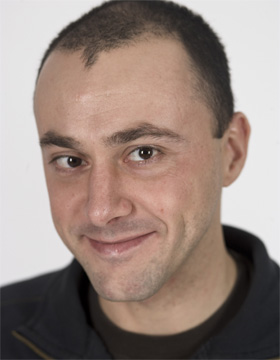 Born in 1973 in Vaslui, Romania
Studied Law at the Universitatea Alexandru Ioan Cuza, Iasi and at the Central European University, Budapest

Governance and Government: The Scope and Limits of Politically Autonomous Administration

Whether and to what extent, within or beyond the nation-state, the neutralization or metamorphosis of politics (government) into autonomous administration (governance) is possible and desirable is a crucial question for modern democracies.
An essential requirement of the state under the rule of law is that administration of the law has to be insulated from the direct influence of politics. In this vein, it has even been noted that a modern theory of separation of powers, in line with the demands of contemporary constitutionalism, can no longer neglect to specify the constitutional place of the "administrative branch of government".
Nonetheless, albeit challenged by the transformations of the modern state, the legitimacy paradigms of the 'classical' branches of government have, in their essential logic, remained unchanged since their iteration by the theoretical fathers of modern constitutionalism.
Contrariwise, the meaning and scope of bureaucratic autonomy rest on dissimilar grounds and have suffered discrete changes in the transition to the modern state of the twentieth century. Classical constitutionalist theory generally understood bureaucratic autonomy from politics in a 'Weberian' logic of machine-like "discharge of business according to calculable rule". This framework corresponded to the clear distinctions, in terms of both justifications and actual practices, that characterized classical constitutionalism. The idea that administration as such could be insulated from politics is of a relatively more recent vintage. My project is an exploration of the tensions brought about by this new paradigm.

Balancing emotionalism : contemporary implications of the impact of street demonstrations on third-party interests

State, speech, and religion in Romania : the compounded troubles of overnight transition

Romanian constitutionalism and the state of the European Union