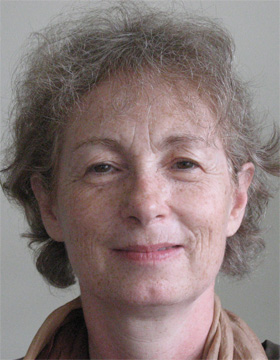 Born on April 28, 1949 in Offenbach/Main, Germany; passed away on Februar 5, 2010 in Chicago (IL).
Studied English and American Literature and History at the Johann Wolfgang Goethe-Universität Frankfurt/Main

I will explore the usefulness of thinking about cinema - in specific historical and geopolitical constellations - as a vernacular form of modernism. I proceed from the assumption that cinema, at least during the first half of the 20th century, provided an aesthetic horizon, on a mass scale, for the contradictory experience of modernization and everyday modernity. My study aims to complicate this general assertion in two directions. One is to move from structural arguments about the modernity of the cinema as a medium to a discussion of particular cinematic practices (formal and stylistic features, questions of genre, thematic concerns) and currents in film culture (reception, institutional habitats). The other objective is to complicate prevailing accounts of Hollywood hegemony, in particular with regard to non-Western cinemas. The heuristic-analytic framework of vernacular modernism, I will show, allows us to consider "national" cinemas (such as Chinese and Japanese during the 1930s) not only in their relation to Hollywood but also from a lateral and regional perspective, across competing and intersecting modernities.

Can We Talk of Modernism in Market-based Cinema? The Case of Frank Tashlin

My project is concerned with a major strand in twentieth-century cinema - roughly from the 1910s through the 1950s - which I have sought to analyze as a vernacular form of modernism. This strand is concurrent with what has variously been labelled "high" or "hegemonic modernism" in the visual arts, music, and literature; it is also part of -- and offers its own aesthetic responses to -- the ensemble of social, economic, and cultural transformations associated with the terms modernization and modernity. In scholarship on American film history, this period has come to be known as the reign of "classical" Hollywood cinema, a cinema that in the neoformalist account was reduced to a stylistic system predicated on neo-classicist norms, relying on "notions of decorum, proportion, formal harmony, respect for tradition, mimesis" (David Bordwell). However, in its time, this cinema, like art deco and jazz, was perceived as an incarnation of the modern, an aesthetic medium up-to-date with Fordist-Taylorist methods of industrial production and mass consumption, with accelerated changes in social, sexual, and gender relations, the material fabric of everyday life and leisure, and the organization of perception and experience. It held that appeal not only for avant-garde artists and intellectuals in the United States and modernizing capitals all over the world, but also for emerging mass publics both at home and abroad. And it inspired filmmakers in Europe, Asia, Latin America and elsewhere to forge their own aesthetic idioms capable of engaging with -- and making sensuously graspable and negotiable for these audiences -- the contradictory, locally specific yet coeval experience of everyday modernity.

In my presentation, I will discuss Frank Tashlin's "Artists and Models" (1955), a film that seems to offer all the reasons why high-modernists from Clement Greenberg through Th. W. Adorno to Fredric Jameson would dismiss the notion of vernacular modernism as a contradiction in terms, inasmuch as market-based works are by definition incapable of truly opposing and negating the consumerist logic of capitalist culture. Nonetheless, as I will argue, the film undertakes a critical exploration of the properties and problems of its own medium -- by the very means of that medium - and at the same time calls into question high-modernist notions of medium specificity and purity. By importing aspects of the radical cartoon aesthetics that Tashlin had practiced at Warner Brothers before working in live-action features, "Artists and Models" disarticulates Hollywood norms of the perfect body, including the fetishized body of classical cinema, recently enhanced by widescreen and color. Among other things, the film offers a defense of cinema as an impure and inevitably mixed medium.