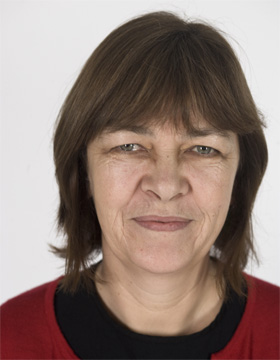 My project is composed of four interweaving strands. First, it aims to challenge a view of genre and gender that has become orthodoxy in contemporary theory. Second, it aims to offer an account of the influence of Spinoza and Feuerbach on Eliot's views on the imagination, religion, and morality. Third, it seeks to build on the first two strands in order to interpret Eliot's novels as philosophical writing. Finally, the project aims to use insights gained from Eliot's works in the construction of a socially engaged, more inclusive conception of philosophy.
My major focus during the 2007/08 academic year will be strand two. Many scholars have claimed Eliot was a "thoroughgoing positivist". I will argue that this view is mistaken. Eliot translated Spinoza's Theologico-Political Treatise in 1849, his Ethics in 1856, and Feuerbach's Essence of Christianity in 1854. The close connections between human imagination, affect, and cognition, which are characteristic of this school of thought, resonate throughout all of Eliot's writings. It will be argued that an appreciation of the philosophical sources underlying Eliot's deep concern with the interaction between an individual and her/his milieu is necessary if an adequate understanding of her/his philosophy of freedom, responsibility, morality, and religion is to be achieved.

The Experimental Philosophy of George Eliot Spinozistic and Feuerbachian Influences

Along with other prominent figures of the Victorian era - such as Charles Darwin and Herbert Spencer - Mary Anne Evans (1819-1880) struggled with her religious faith in the wake of the influence of science. Evans rejected the literal truth of Christianity in her early 20s. In 1851 she moved to London where she became the clandestine editor of a premier journal: the "Westminster Review". She also wrote many of its articles, including book review essays, opinion pieces on social and political themes (e.g. marriage laws, suffrage), and reports on contemporary work from France and Germany. Evans translated Strauss's "The Life of Jesus", in 1846, Feuerbach's "The Essence of Christianity" in 1854, and Spinoza's "Ethics" in 1856. All three theorists were significant figures for the German 'Higher Criticism' movement whose influence on Victorian British thought owes much to her. This movement sought to reinterpret scripture as an historical record of the endeavor to make sense of life and death, suffering, and the place of human being within nature. Strongly influenced by Feuerbach, Evans' approach to religion can be understood in terms of a natural history of the genesis and development of human values. Although she understood the consolations of religion to be illusory, the ethical values it conveys are not. The problem is how to ground these values within nature and revere them in the absence of a transcendent God.

Evans began to write novels in 1856 under the name George Eliot. These include: "Adam Bede" (1859), "The Mill on the Floss" (1860), "Silas Marner (1861), "Romola" (1863), "Felix Holt" (1866), "Middlemarch" (1872), and "Daniel Deronda" (1876). In her novels Eliot sought to express immanently and naturalistically, that which religion posits as transcendent or supernatural. The novel might seem to be an odd medium through which to undertake such work. In mid-19th century Britain the novel was barely recognized as a genuine art form. Eliot was amongst the first to theorize the ethical potential of the novel and to treat it as a serious medium for philosophical thought. I argue that Eliot's novels should be understood as attempts to practice philosophy in a new, 'incarnated' way. Her decision to write novels rather than conventional philosophy reflects her desire to actively engage the imaginative and affective, as well as the cognitive, powers of her readers. On her view the imagination is the ground of our disposition to feel sympathy for our fellow human beings. It is this disposition that she sought to realize and refine as moral knowledge in her novels.

Imagination, religion, and morality : what did George Eliot lean from Spinoza and Feuerbach?

The art and philosophy of George Eliot

Collective imaginings : Spinoza, past and present

Imagination, Religion, and Morality : What did George Eliot Learn from Spinoza and Feuerbach
Springer more publications in the Fellows' Library