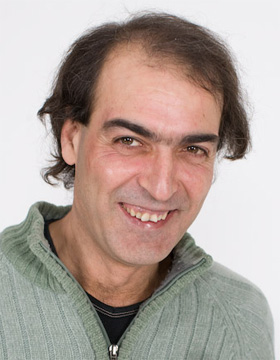 History of Arabic Philosophy: Ibn Tufayl, Ibn al-'Arabi, and Others on the Limit Between Naturalism and Traditionalism

Like my previous project (Ibn al-'Arabi's Barzakh: The Concept of the Limit and the Relationship between God and the World), this project provides a liminal presentation of major developments in Arabic philosophical and mystical thought and attempts to establish a linkage between the mystical and philosophical accounts of these developments. The focus of the project will be on Ibn Tufayl's philosophical story, Hayy Ibn Yaqzan, and chapter 8 of Ibn al-'Arabi's Futuhat Makkiyya (Meccan Revelations). Among the major topics that the project treats are the origin of the world, the origin of the human being and human language, and the relationship between religion and philosophy. The work exposes the mythical roots of both philosophical naturalism and religious traditionalism and, by carefully analyzing philosophical, religious, and mythical texts that deal with the aforementioned topics, it attempts to offer a new understanding of the limits as well as the possibilities of creating a unified vision of the human reflection on persisting intellectual problems. In addition to Ibn Tufayl and Ibn al-'Arabi, the work provides a treatment of an important section of al-Farabi's Book of Letters, the Ninth Sort of Avicenna's Allusions and Intimations (al-Isharat wa-al-Tanbihat), the third part of Ghazali's Niche of Lights, and the Epic of Gilgamesh.

Jesus, Women and the Sense of History in Ibn al-Arabi's Autobiography

Muhyiddin Ibn al-Arabi (1165-1240) is considered the greatest of Islamic Sufis (mystics). He was born in Murcia (Spanish Andalusia). When he was eight his family moved to Seville. Then he began a life-long journey first between Spain and North Africa and then at the age of thirty-five he left to the East where he lived in several places including Iraq and Asia Minor. In the last seventeen years of his life he settled down in Damascus where he died and was buried.

Ibn al-Arabi wrote some 300 works, the most important among them is "Meccan Revelations" and "Bezels of Wisdom". In "Meccan Revelations" he included many of his autobiographical materials. Examples of these will be presented here to see whether they confirm the widespread depiction of mysticism as passive and antihistorical. Ibn al-Arabi's compassion for Jesus and his favorable attitude toward women seem at first sight to confirm this depiction. Deeper analysis, however, reveals that he was fully aware of the realities of medieval Islamic world and that in his writings he was sowing the seeds of a new history of Islamic intellectuality. Since the thirteenth century the Islamic world has known no match for his thought which succeeded in combining all the strands of Islamic theology, philosophy and mysticism in his famous doctrine of the Unity of Being.

The interest of Western scholarship in Ibn al-Arabi and his philosophical tradition started only some sixty years ago. What stands behind this interest and how can we use Ibn al-Arabi's principles today to cope with the concerns of modern Islamic world?

The story of Islamic philosophy : Ibn Tufayl, Ibn al-'Arabi, and others on the limit between naturalism and traditionalism

Ibn al-ʿArabī's Barzakh : the concept of the limit and the relationship between God and the world