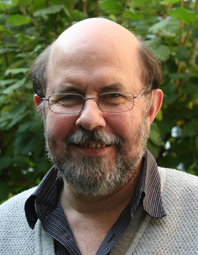 Born in 1951 in Caledon, South Africa
Studied Philosophy and Dogmatics at Stellenbosch University

The overall project rests on four theoretical assumptions:
1. that religious interpretive cultures are involved in continuous processes of reinterpretation through complex practices of communication, identity construction, boundary negotiation, symbolic reinterpretation, appropriation of meaning and exclusion;
2. that such processes are shaped by complex interaction with other cultural forces, including social, political and economic interests, developments and their institutional or structural forms;
3. that scholars describing such processes are themselves embedded in perspectives, so that they inevitably observe, interpret and reconstruct in terms of their own socially shared - but often unconscious - implicit axioms;
4. that dense description of specific transformation processes could contribute to
more complex comparisons.
A case study is therefore made of Christian, especially Reformed, faith and life in South Africa today. Understanding the radical religious transformation processes in South African society after the demise of the social hegemony of apartheid and its ideological justification could contribute to such comparison. It is done self-consciously from the perspective of Reformed and ecumenical systematic theology and ethics, aware of one's own situatedness, aware of non-theological factors and the necessity of informed social studies, and aware of the dynamic processes of continuous religious reinterpretation, impacting on language and doctrine, spirituality and worship, ethics and Church order, and public discourse and participation. These effects are therefore studied, described - and interpreted.

The project "Religious Transformation Processes in the Present" rests on four assumptions: a) religious interpretive cultures are involved in continuous processes of reinterpretation through complex practices of communication, identity construction, boundary negotiation, symbolic reinterpretation, appropriation of meaning and exclusion; b) such religious transformation processes are shaped by complex interaction with other cultural forces, including social, political and economic interests and developments; c) scholars describing such processes are themselves embedded in perspectives, so that they inevitably observe, interpret and reconstruct in terms of their own socially shared - but often unconscious - implicit axioms; d) dense description of specific transformation processes could contribute to more complex comparisons, since more general theories - concerning democracy; modernity and/or postmodernity; secularism; civil religion; progress; a clash of civilizations - although heuristically helpful do not necessarily offer adequate analyses of particular situations.

Transformation in South Africa - and religion?

The invitation was to do a case study on the recent South African experience. Religion - in particular, but not exclusively Christianity of Reformed (Calvinist) origin - played a major role in the development and justification of the ideology and political, legal and social system of apartheid (the official policy between 1948 and 1994). Religion - again including Reformed Christianity - also played a major role in the church struggle and the resistance. Without the ecumenical church - both within and outside South Africa - the story would have been totally different.

The question becomes even more intriguing during the decade since the collapse of apartheid society, from 1994 until today. During this period, the transformation processes were dramatic and comprehensive. The political fall of the apartheid government resulted almost overnight in changes that elsewhere often took much longer - captured in slogans like democracy, modernity and postmodernity, secularization. In addition to the radical internal changes, South Africa was also confronted by recent globalization (cultural, political and economic). Again, how does religion perhaps contribute to these transformations, and how is religion in South Africa being affected?

Approaches to the question

There are many - and often complementary - ways to look for possible answers to such questions - for example considering institutional responses; changed patterns of membership and loyalty; changed understandings of leadership and authority; changed everyday practices, including expressions of spirituality, forms of worship, and organization of local communal life; changed self-understanding of group identity and purpose, including boundary negotiation and ways of inclusion and exclusion.
During these months at the Wiko, I have e.g. been invited to speak on a possible new form of civil religion; on the function of power in South African society; on religion and violence in our recent past; on the transformation of the public sphere and its implications; on the implications of regular worship for civil society; on public witness today; on changed relations between religion and politics; on different theological views of freedom; on support or resistance in local congregations toward development; on whether the confessional nature of Reformed churches obstructs unity; on law and morality; on Calvinist ethics in South Africa; on changing notions of human dignity in our society; on healing of the memory and forgiveness - all these represent different avenues into the project, diverse ways of reading the transformation process, and how religion both contributed to them and is deeply challenged by them.

During the colloquium, I hope to build on the assumption in the project that every religious tradition (also) represents an interpretive culture involved in symbolic reinterpretation and to focus on the question what the dominant discourses in the Reformed tradition have been during the struggle and whether and how these discourses are today challenged and/or changed by the dominant public discourses of the contemporary transformation processes.
After i) briefly introducing the project, I shall ii) provide some basic background information on South Africa, iii) talk about dominant church discourses during the struggle (freedom, unity, reconciliation, justice, responsibility) and then iv) show how the same discourses still determine the formation of public opinion, albeit with different content.
Should time allow, I hope to v) deal more specifically with reconciliation, also speaking about the work of the Truth and Reconciliation Commission, since several fellows have indicated their interest in this story. The leading question will therefore remain whether and if indeed church discourses on reconciliation contributed to the work of the TRC and vice versa whether and how the public experiences of the TRC challenged churches towards symbolic reinterpretation of their more traditional views on reconciliation.

Work as calling and worship : challenging thoughts for our day