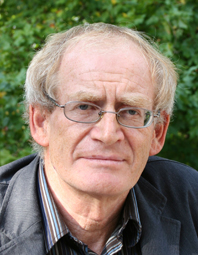 Born in 1946 in Paris, France
Studied History at the Université Paris 1 (Panthéon-Sorbonne)

Toward a Comparative History of Ruins

We are used to looking at the past as a privilege of our conception of history. Albeit we accept in Momigliano's terms the existence of "alien wisdom", we rarely pay our tribute to the experience of non-Western antiquarians and to the existence of different kinds of antiquarianism.
I will try to explore this question in considering Western and Eastern approaches to past material culture ? Egyptian, Mesopotamian and Chinese, looking to the definition of the past and the use of "ruins". If we accept that Western Classical antiquarianism is one pole of a wide spectrum of exploring the past and that the Chinese tradition is an opposite pole of a different
approach, we should consider that the ancient Egyptians, the ancient Mesopotamians and in one way the ancient Americans had to create a mechanism for exploring the past. Even the people of the most remote prehistory tried to establish some contact, some consciousness of the past, if we follow André Leroi-Gourhan, who attracted attention to what he called "a collection of curiosities", unusual fossils, exotic or rare stones, deposited in the post-Mousterian layers of the grotte du Renne at Arcy sur Cure. Whatever the status of these particular objects, such "collections" have been noted by prehistorians in other contexts. This leads us to propose that some curiosity for the unusual, the distant, lies in the essence of humanity. If we accept this assumption, any society - from hunter-gatherer to the greatest empires - needs an experience and a practice of the past. I will try to focus on the basic elements that determine the relation between man and the past.
In doing this, I'm conscious that the past is not history, in the Greek sense of historie, but I'm convinced that the observing, the collecting, the excavating, the restoring of objects and monuments is a part of a process that can create a sense of ruins and a feeling for history, following the path of both material and immaterial memory.
Are ruins part of the natural or the cultural world? Is antiquarianism a valid concept for exploring the diversity of man's attitude toward the past? Do conceptions of ruins reflect different cultures' different ways of confronting the past?

Ruins Between Remembering and Forgetting

We tend to regard the past as a broad landscape that embraces the region in which our Western understanding of history has spread the most. Even if a famous book by Momigliano has directed our attention to the "wisdom of the barbarians", we pay little attention to the antiquarians who are concerned with non-European regions and we seldom seriously ask about the differing practices of antiquarian views in various societies. To find an answer to this question, we first have to ask what the antiquarian viewpoint is. In his persuasive definition, Mimigliano contrasts the historian and the antiquarian. Both are involved in gathering information and both try to understand the distant past, but their curiosity differs in kind. For, he says, the historian investigates history in its problematic and adheres thereby to chronology. The antiquarian, by contrast, is interested in every kind of trace, provided it comes from old times: their form, their typology, the technique of their production are fascinating problems that arouse the curiosity of the antiquarian.

If I turn to the material side of this striving for knowledge of the past, i.e., to the objects and monuments, then I am quite aware that the concept of the monument has a different meaning in each different culture and that with my question I necessarily place the cultures that possess a form of writing in the foreground. But it seems to me that my ideas, which follow, fulfill the demands of a comparative viewpoint when I try to discover how the various traditions in the Orient and Occident, each in its own way, assign a special place to the dialog and rivalry between text and monument. It remains to define what is meant by Western tradition: the inhabitants of Egypt and Mesopotamia made a tremendous contribution to the practice of preserving memory, toward which the Greeks, the Romans, and the precursors of the Renaissance could orient themselves. If we posit that the Western study of antiquity, which preceded archaeology in today's sense of the term, is one endpoint on a long scale of researching the past and that the tradition of the Chinese is the other end of the scale, then this leaves much space to classify the means the ancient Egyptians and Mesopotamians and many others used to discover the past.

Are ruins a means of securing balance between remembering and forgetting? Without remembering, no society can survive; but forgetting allows us to approach the past unselfconsciously.


To the United States

America, you've got it better
Than our old continent. Exult!
You have no decaying castles
And no basalt.

Your heart is not troubled,
In lively pursuits,
By useless old remembrance
And empty disputes.

The many dimensions of the antiquary's practice