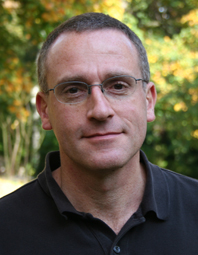 Born in 1962 in Hawera, New Zealand
Studied Zoology and Evolutionary Biology at Otago University and at the University of Oxford

Pathogen Evolution in Response to Vaccination

Immunisation programmes are intended to reduce the virulence and transmission of infectious disease agents. Vaccines therefore have the potential to impose massive "natural" selection on pathogens. It would be extraordinarily odd if pathogen populations did not evolve in response. In principle, this evolution could involve genetic change at those pathogen genes that encode the targets
of vaccine-induced immunity. This might lead to vaccine failure, which is undesirable, but at least would not make the disease more dangerous than it was in an unvaccinated world. But vaccine-induced evolution could also involve genetic change at non-target loci, including virulence determinants. For instance, if a vaccine stops virulent strains killing people, it will also stop those strains killing themselves in the process. Virulent strains might therefore circulate more successfully in a vaccinated world. In effect, vaccinated individuals would be creating an environment that puts unvaccinated individuals at increased risk of severe disease and death in the future.
I hope to determine when these and other evolutionary outcomes might occur, whether they have already, and which human and animal diseases might be about to cause us problems. I also hope to understand the vaccine strategies that might lead to clinically desirable public health outcomes (evolution management) and those that could encourage clinically-detrimental pathogens (evolution mismanagement). Drug-resistant pathogens are now widespread because previous generations of public health managers ignored evolution. We should not repeat that mistake for vaccines.

Evolutionary biology and the future of disease. A case for intelligent design.

Supposedly, nothing in biology makes sense except in light of evolution1. Yet barely any medical schools employ evolutionary biologists, and most biomedical scientists have no education in evolutionary biology. Evidently a lot of biology makes sense without evolution. Nonetheless, I will argue that at least one globally important public health problem is essentially a problem of evolution in real time, for which conventional biomedical approaches are insufficient. I will illustrate this claim using two problems that have come to constitute my project at Wiko. One appears to show that we could manage future evolution better; the other, that we might inadvertently mismanage it.

My analyses are based on the premise that evolutionary theory is capable of predicting the future, a claim which makes many evolutionary biologists nervous. Some go further and argue that historical contingency and the sheer number and complex connectivity of causal factors makes it impossible. Evolutionary biology has traditionally been concerned with the past and the current. It attempts to give an historical account of life on Earth (what begat what?) and to explain organic diversity and complexity (why are there so many types of eye; how could something as intricate as an eye have evolved?). It is a strong claim to argue that by providing a good account of history, we have sufficient power to shape the future for human betterment. Nevertheless, I want to make some modest proposals in that direction.

The global health burden of malaria is enormous. There are three reasons for this: inhumanity (essentially a lack of political will), enormous force of infection in some parts of the world, and evolution by the parasite and its mosquito vector.

Last century, mosquito control provided very effective malaria control. But it is failing in places because mosquitoes are evolving resistance to chemical insecticides such as DDT. In recent work, my collaborators and I have shown that fungal pathogens of insects can be used as biopesticides against mosquitoes. The challenge now is to make this technology evolution-proof. Curiously, the evolutionary explanation of why we age makes this look possible. This same logic could be used to make chemical insecticides evolution-proof.

There are no malaria vaccines, but many are under development. I contend that some of these may trigger undesirable evolution. This argument is a logical extension of the best-studied answer to the evolutionary problem of why disease-causing organisms kill the hosts on which they depend for survival. In effect, people immunised against malaria could put future generations of the unimmunised at greater risk. Our experimental work supports this highly contentious claim, but until a malaria vaccine goes into widespread use, we will not know for sure. Long term 'evolutionary' safety of vaccines is extremely difficult to both assess (limitations of the scientific method) and discuss (perception of public reaction).

Predicting evolutionary trajectories is hard, which generates a level of knowledge uncertainty that makes public health policy difficult. Nonetheless, more intelligent design of disease-control tools could help us deal with the problems of evolution. Put crudely, evolutionary biology might save lives that orthodox biomedicine can not. Given the uncertainties involved, it is unclear whether biomedicine will expand to include this view.

1 This assertion, which is much quoted (especially by evolutionary biologists), comes from the title of an essay by Theodosius Dobzhansky for American Biology Teacher (1973). In the essay, Dobzhansky quotes with approval the even bolder claims of the Jesuit Priest Fr. Pierre Teilhard de Chardin (1881-1955): "[Evolution] is a general postulate to which all theories, all hypotheses, all systems must hence forward bow and which they must satisfy in order to be thinkable and true. Evolution is a light which illuminates all facts, a trajectory which all lines of thought must follow - this is what evolution is."

How to make evolution-proof insecticides for malaria control

The impact of immunization on competition within Plasmodium infections

How will public and animal health interventions drive life-history evolution in parasitic nematodes?