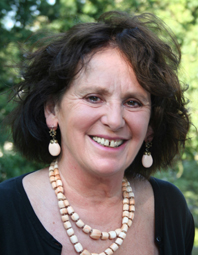 Ex-centric Europe: Alternative Ideas and Practices of Progress in the 19th-Century Peripheries: Ireland, Norway, Poland and the Two Sicilies

After the Congress of Vienna, significant segments of agrarian elites in the peripheral areas of Europe seriously addressed the challenge of "modernization". While firmly believing in the imperative of "modernity", they proceeded about the task in ways both indigenous and consciously opposed to the "Manchester-like" civilizational model, seeking instead an alternative model
of "harmonious progress". Their writings, debates, projects and practices amounted, I claim, to a tangible and widespread phenomenon during the decades 1820-1870, to what appeared then as a viable, land-based alternative to industrial capitalism.
This project is also an attempt at a comparative history based on a geometrie variable, that is with no strategic priority assigned to one explicit or implicit model. The four historical cases under examination, at the four extremes of Europe - Ireland, Norway, Poland and the Two Sicilies - are seen as parallel in their historical journeys, connected through mutual awareness and communication, but they remain distinct in their local cultures. The comparative method proposed here will use concepts elaborated within one culture to unlock different meanings in another, in a circular, non-binary way. Thus, one culture's emic
becomes another's etic.

'The Natural Order of Things': Harmonious Modernization or the Landed Elites' Last Battle for Dominion

Modernization is both a tricky concept and a strongly hegemonic one. Once it began to take root in 17th-century Europe, the notion of modernity became the standard of judgment for the past and the present. Modernity also became a goal, to be achieved through the process of "modernization", a set of transformations that follow a clearly evolutionary and incremental line (growth of reason, population, urbanization, production, etc.) Modernization, in turn, became formalized in modernization or development theories, all increasingly prescriptive and mechanical, according to which one model of modernization (usually England) applies to all societies, and any and every society has to go through the same stages of economic, social, and cultural transformations from traditional to modern. Thus, a specific historical process of transformation has become a standard of measurement for all societies, past and present. Moreover, this meaning of "modernization" has become exclusive, obliterating all other previous understandings of the concept.

Modernization theories came under ferocious critique from many quarters (dependency, world-system, Subaltern Studies, etc.) and by the end of the 1980s, were declared pretty much worthless, and with them the very concept of "modernization". Recently, "modernization" has come back in a much more flexible and "patchwork" concept of "multiple modernities" - changes may be parallel, but not convergent, differences matter and are positive.

I argue here that 19th-century Europe (from the end of the Napoleonic wars until the seventh decade) elaborated a "modernization project" in vision and in a series of practices. It rose in and for rural areas of Europe, i.e. for the overwhelming majority of the continent. It strove for "progress" and "modernization", but understood them in ways different from the "Manchester" paradigm of modernization. I use the term "harmonious modernization" to refer to this alternative vision and set of practices, while the modernizers saw their action as corresponding to the "natural order of things" (in reference to Adam Smith).

The "harmonious modernization" project is followed here in four case studies, Ireland (West), Norway (North), Poland (East), and the Two Sicilies (South). Each of these countries (areas) is representative of a "peripheral condition:" a) in the topographic sense, because they constitute the outermost - but fully integrated - regions within a precise boundary of Europe; b) in the structural sense, because they are locations of agricultural production (foodstuffs) and of extraction of raw materials for export to the capital-intensive core; c) in the political sense, with the indigenous state nonexistent (a colonial situation) or weak, with a low degree of autonomy.

The promoters of harmonious modernization were the landed elites of Europe, restored in part, after the Congress of Vienna, to some of their old prerogatives and assured - by the monarchy - in the security of their landed possessions. Restored monarchs created some space for the reform action, and even for the foreign rulers the landed elites were the only "indigenous" partner possible, as the holders of cultural hegemony in their societies (with the urban bourgeoisie weak and industries often owned by foreigners).

These landed elites, after 25 years of Napoleonic experience, were ready to take on social and political responsibility and thus legitimize with labor and merit their elevated position. By transforming the privilege into merit, by earning with labor and commitment what they had inherited, these modernizers were undertaking the last collective attempt to perpetuate landed class dominion in Europe. They were, thus, acting on "behalf" of their entire class.

Their project rejected the "Manchester civilization", with its prevalent urban concentration, class polarization, and factory production for export markets, as historically "inverted", socially disruptive, and economically unsound. They advocated instead a slow and gradual modernization radiating from a well-organized agriculture through a pertinent development of local manufacture and ever extending trade. "Harmonious modernization" would preserve, in an improved version, the existing social and family hierarchies, (re)producing various harmonies: social (class), between economy and nature, between change and continuity of local history, and between art and industry. Harmonious modernization project went well beyond the anti-industrialism of the early socialists or the Tories (Carlyle), as it was intended not only as means of social and economic improvement but also, or even above all, of moral and national redemption.

The modernizers used many different vehicles for the dissemination of their vision - economic and agricultural associations, agrarian schools and academies, periodical literature, fairs and competitions, etc. I will illustrate here only one and the least usual of them, which I termed "normative literature" (novels).

Harmonious modernizers considered their "project" not only feasible, but also more rational and stable than the "English model", and they persisted in their action (though affected by the 1848 revolutionary wave) until the 1860s, when industrial capitalism (Schumpeter) can be said to have taken over in Europe and the world made according to the modernizers' agrarian vision came to an end. This implies, however, a significant revision of the accepted chronology of the industrial age.