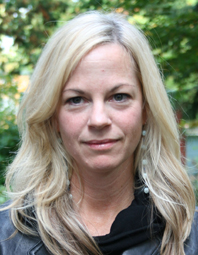 Mixed Signals is a book project that explores emergent media cultures in parts of the world that are typically overlooked by media and cultural studies in the West. The project's case studies are set in former Yugoslavia (Croatia and Slovenia in particular), Mongolia and Turkey from 1990 to present. These countries have undergone major cultural, economic and political upheavals in
recent years and are strategically located as gateways for economic expansion, because they sit on the perimeter of major cultures of Western Europe, Russia and China, and the Middle East.
Mixed Signals examines the new media cultures of Slovenia, Croatia, Mongolia and Turkey relationally, comparing and contrasting audiovisual content from these countries and considering it in the context of recent political, economic and technological changes.
The project is based upon on-site research (most of which has already been conducted), and relies on a combination of research methods including ethnography, textual/discourse analysis, historical investigation, and visualization. There are two broad theoretical issues that I hope the book will engage. First, I try to develop a research practice that is transnational and does not shy away from the challenge of exploring multiple media cultures at once. My interest here is in shifting beyond national(ist) paradigms and moving toward a more relational model of media history and analysis.
The second theoretical issue I plan to explore involves the relationship between image and context. In the field of global media studies, what exactly do we mean by context? Where does it begin and where does it end? What is a transnational context for the image? How can it be specified? As a way of addressing these questions, I will create fields of analysis that treat the image-text as part of a broader set of socio-economic and historical conditions.
My three case studies will be accompanied by visual fields that are intended to both document and represent the image-text and its contexts, to produce this relation as a set of "mixed signals". These visual fields can be thought of as analytical models composed of audiovisual content from each country, cartographic representations, photographs shot on location, and experimental visualizations, all designed to elicit the dynamic interplay between imagetext/context. This practice is an attempt to think through the image - to treat the image not just as an object of analysis, but also as a catalyst for theoretical reflection and positioning, as a space for formulating new paths of critical inquiry.

Parks, Lisa. Cultures in Orbit: Satellites and the Televisual. Durham: Duke University Press, 2005.
-. "Postwar Footprints: Satellite and Wireless Stories in Slovenia and Croatia." In B-Zone: Becoming Europe and Beyond, edited by Anselm Franke. Barcelona: ACTAR Press, 2005.
-. "Kinetic Screens: Epistemologies of Movement at the Interface." In MediaSpace: Place, Scale and Culture in a Media Age, edited by Nick Couldry and Anna McCarthy, 37-57. London: Routledge, 2004.

Modern media research can be broadly categorized into four areas: 1) aesthetic/formal analysis; 2) industrial/regulatory analysis; 3) discourse/representational analysis; and 4) reception/audience analysis. In very general terms, research has concentrated upon relations of production and consumption, exploring the particular conditions that have generated various forms of audiovisual culture, the contexts in which they have been consumed, whether the cinema, living room, or web interface, and the people who have consumed them. Fewer researchers have tackled the issue of distribution, considering how the dissemination of media transpires through a series of networks dispersed across time/space and enmeshed with histories of international trade, geopolitics, and technological development. Those scholars who have focused upon such issues (Innis, Mattelart, Schiller, Tomlinson) have narrated a tale of Western imperialism, emphasizing how industrial nation-states fueled the formation of culture industries during the 19th and 20th centuries that were exported throughout the world with a potentially homogenizing effect, threatening a vibrant array of languages and cultures. This position, now understood as the "media imperialism thesis," drew crucial attention to the hegemonic power plays inherent in the globalization of media, but tended to overlook local/national negotiation or contestation of such processes along with variations across territorial and socio-economic contexts. Furthermore, the thesis implicitly established the industrial West as the standard against which all the world's media cultures are measured and evaluated.

As a way of supplementing the media imperialism thesis, I will present a chapter from my book in progress Mixed Signals, which explores media infrastructures (namely satellite and wireless) in three sites on the outskirts of Europe - former Yugoslavia, Mongolia and Turkey. Media infrastructures connect regions to other larger entities, whether multinational media corporations, international political organizations, or diasporic communities, and their development intersects with historical trade routes, migration and communication patterns. By examining former Yugoslavia, a socialist country that underwent a major civil war and political restructuring during the 1990s, Mongolia, a former Soviet satellite that asserted its independence in the 1990s and has been supported by European and American institutions, and Turkey, a secular Islamic state on the cusp of joining the EU, I hope to delineate how media infrastructures are implicated in geopolitical, economic and cultural campaigns on the thresholds of South-eastern Europe, Eurasia and the Middle East.

Drawing upon work from cultural geography (Thrift, Massey), anthropology (Appadurai, Clifford), and media studies (Morley), I set out to complicate the media imperialism thesis in three ways. First, to deal with the issue of distribution I visit and document specific infrastructures sites. Rather than approach them as inert technical systems that can be contained and fully comprehended in a flow diagram, I insist upon their embeddedness within social and historical conditions (Marvin & Graham), and set out to visualize infrastructure sites and their surroundings, stressing the differences that emerge when we study them in a transnational context. Second, rather than focus upon global flows from sites with high production and/or consumption rates (i.e. Hollywood or Bollywood), I examine peripheral societies with relatively low media output, and yet, because of their locations, are implicated within geopolitical and geoeconomic strategies designed to bolster relations between the West and the East and South. Finally, instead of treat media as screen-based phenomena alone, I suggest we need a model for thinking about their materiality as signals (or ephemeral potentials) that circulate in an imperceptible territory known as the electromagnetic spectrum, which has an organization that is both charged with and symptomatic of power dynamics on earth. Throughout the book, I emphasize variations in infrastructural arrangement and use that can be found across these sites, and I develop the concept of cultural atmospherics as a way of moving toward a more spatial, even environmental, approach to the study of media systems.

Cultures in orbit : satellites and the televisual Console-ing passions