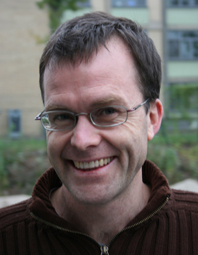 Born in 1966 in York County, Canada
Studied Biology at McGill University, Montreal and Zoology at the University of Oxford

Conserving the Tree of Life

The tree of life is very uneven in shape: some stems have many twigs and leaves (species), such that the loss of a single leaf does not jeopardize the branch; some stems are long and unbroken and end in unique evolutionary experiments, such that the whole branch is gone if the species goes extinct. We do not know if this structure is related to other aspects of species (e. g. their role in ecosystems or their role in our imaginations). I will investigate these relationships in the context of how we can best help preserve as much of the tree of life as possible in the face of current extinction risks.
I have three main goals. The first is to formally explore the relationship between evolutionary distinctness and other aspects of species. This will be aided by computer simulation and comparative study. The second is to investigate how to conduct formal attitude surveys to gauge society's interest in "distinct" species. I may even attempt a preliminary web-based survey during my tenure to test methodology.
My third goal is to organize my thinking and to write a formal proposal for a monograph on the idea of evolutionary distinctness.

Conserving More of the Tree of Life

Humans are appropriating and changing the planet such that more species are now committed to premature extinction than at any time in the past 64 million years (the juncture when the earth lost, inter alia, all its non-birdlike dinosaurs). To the extent that other species are valuable, we must slow the current rate of extinction; this is the goal of both international biodiversity treaties and national endangered species legislation.

If we focus on individual species (a focus not endorsed by all, but common to such legislation) then we must acknowledge several sticky problems. Though triage is almost certainly necessary - previous Wiko fellows coined the phrase 'the agony of choice' - we do not know which species could be particularly important to our own well-being and so we do not know which we should invest in first. In addition, because the consequences of species loss are likely to be non-linear and only apparent in an indeterminate future, common economic bookkeeping seems to be of limited use. Currently, society seems to value species with restricted distributions, species at high risk of extinction, species that are relatively cheap to manage, and species that are charismatic and familiar.

I wonder if another attribute of particular species might be relevant: evolutionary distinctiveness, or how isolated a species is on the Tree of Life. Distinctive species have both fewer and less closely-related relatives. These more lonely members of the planet might be considered more valuable because they share fewer of their genes with other species and so the information they embody is less redundant. Developing this way of ascribing value to species is the focus of my studies here at Wiko.

We measure evolutionary distinctiveness with a dated evolutionary tree. Given current knowledge, the fabled ostrich is the highest-ranked bird, and 'charismatic megafauna' like pandas, elephants and rhinoceros all score very high among mammals. These examples suggest that distinctive animals may be important to us in some subjective way; quantitative attitude surveys will be helpful. Distinctive animals on average may be measurably different too, but data are still sparse. For birds and mammals, more distinctive species do not seem to be dramatically more imperiled.

Evolutionary distinctiveness was launched as a practical strategy for conservation prioritisation by the Zoological Society of London this past January (www.edgeofexistence.org), even though many questions remain: How do we combine and weight different types of value? Is time the best surrogate metric of distinctiveness? And what about the fact that the neat packages we have in mind when we use the word 'species' are in reality quite messy?

The global diversity of birds in space and time

Holocene extinctions and the loss of feature diversity

Hedging our bets : the expected contribution of species to future phylogenetic diversity

The diversity of biodiversity