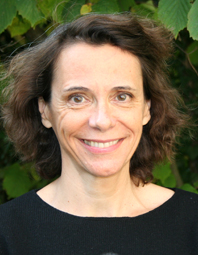 Born in 1950 in Dieulefit (Drôme), France
Studied Philosophy at the Université Paris-Sorbonne (Paris IV), at the
École Normale Supérieure, Paris and at Princeton University

"I, Me, Mine": Self-Consciousness and Personal Identity in Kant and Post-Kantian Philosophy and Psychology

The project has three main components:
1. Consider Kant's distinction between consciousness of oneself "as a subject" and consciousness of oneself "as an object"; and Wittgenstein's distinction between "use of 'I' as subject and use of 'I' as object." Can the two distinctions illuminate each other despite the fundamental differences between their philosophical methods and presuppositions?
2. Some contemporary philosophers take self-consciousness "as a subject" to be "immune to error through misidentification relative to the first person." Is there actually any case of self-consciousness that is immune to such misidentification? If so, does it include consciousness of one's own body? More generally: what is the relation between self-consciousness and consciousness
of one's own body? Here philosophy has a lot to learn from contemporary psychology,
anthropology, and ethology.
3. Kant's analysis of "I" in the proposition "I think" highlights the way in which referring my thoughts to one and the same "I" expresses a commitment to unifying them in logically consistent ways. In contrast, contemporary analyses have highlighted the ways in which the word "I" refers to a particular entity. In light of this contrast, Kant's "I" seems to have more to do with Freud's ego (capturing a structuring of mental contents) than with contemporary semantic analyses of self-reference. I intend to explore this contrast, and suggest an overall map of current analyses of "I".

In this presentation I will try to clarify some of the questions I address in the book I am working on while at Wiko. The presentation does not reflect the structure of the book, which will meander from contemporary philosophy back in time to Kant and forward again to what I take to be tools for future progress on these issues. Here I present questions, with very eclectic sources for their formulation.

I am interested in different ways in which our use of the word "I" can be analyzed and explained: what do we do when we use the word, what kind of thought is thereby expressed? After being at the center of an important tradition of philosophy (the so-called "continental" philosophy dominant in France and Germany from the eighteenth to the first half of the twentieth century), such questions had all but disappeared, having been denounced as irrelevant. After all, it was for instance maintained, "I" is just a grammatical tool, the first person pronoun. There is nothing particularly interesting about it. In fact, if anything, it generates illusions about the supposed unity and unicity of some mysterious entity called the "self" or "the subject". And yet, questions about "I" and its use in language and thought have now come back in force, from very different corners of philosophy. My first question is: why this return? Have we learnt anything new?

After offering some answers to this question I will consider some simple cases of "I" inspired from recent semantic analyses (analyses of the meaning and use of the word "I"). One of these cases is an example given by the contemporary philosopher John Perry: (1) "I am making a mess." In analyzing the difference between such a proposition and the proposition (2) "John Perry is making a mess," Perry shows how the presence of an indexical like "I" wreaks havoc in the account of propositions and beliefs in the tradition of analytic philosophy to which he belongs. This is because the difference between (1) and (2) cannot be explained by considering only their respective content (the state of the world they are describing: in both cases, that John Perry is making a mess). To account for (1) ("I am making a mess") one needs to take into account the attitude of the speaker or thinker who asserts the truth of the proposition, and the relation of this attitude to action. In other words, in asserting a proposition in the first person, one always asserts it from the standpoint of an agent, even if the latter is sometimes an agent only with respect to the activity of thinking the proposition. I show how this analysis retrospectively sheds light on the celebrated Cartesian argument: "I think, therefore I am" and the role of "I" in this argument.

The difference between a purely descriptive standpoint (or third person standpoint - "John Perry is making a mess") and the standpoint of an agent (or first person standpoint - "I am making a mess") is further explored by way of another distinction, within the use of "I": the so-called "use of 'I' as subject" and the "use of 'I' as object" introduced by Ludwig Wittgenstein in his Blue Book. This second distinction, I suggest, is related to a distinction between different kinds of self-consciousness or self-awareness: here linguistic/semantic analyses converge with psychological descriptions and epistemological accounts of knowledge. The question becomes: what is, or what are, the kinds of relation to ourselves and to others as conscious beings involved in the various ways in which we use "I"? Some insist on the fact that self-consciousness is always consciousness of one's own body, and correspondingly "I" refers to the body. Others characterize self-consciousness (and the corresponding use of 'I') as being a way of ordering one's own mental contents rather than being the consciousness of a particular entity. I think it can be both (namely: it is sometimes one, sometimes the other), and an interesting question is how each aspect relates to the other. I discuss the question by drawing examples from Maurice Merleau-Ponty's Phénomenologie de la perception , Oliver Sachs's The man who mistook his wife for a hat, Antonio Damasio's Descartes' Error, Immanuel Kant's Kritik der reinen Vernunft, Sigmund Freud's "Ich und Es," and Jacques Lacan's "Le Stade du miroir."

Finally, I consider the relation between self-consciousness, our use of the thought and the word "I", and the notion we have of our own identity as persons. I consider some paradoxical features in classical accounts of the latter and I show how the account of "I" and self just given might help resolve these paradoxes.

Kant's "I Think" versus Descartes' " I Am a Thing That Tinks"

Kant and the early moderns

Kant on the identity of persons

Kant and the capacity to judge : sensibility and discursivity in the transcendental analytic of the Critique of pure reason Kant et le pouvoir de juger <engl.>

I, Me, Mine : Back to Kant, and Back Again
Oxford University Press more publications in the Fellows' Library