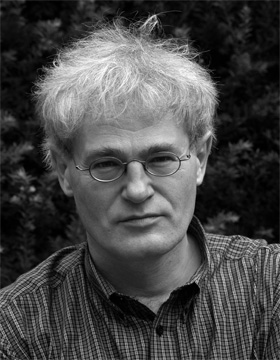 The Photographic Record of the Soviet Repression System

The project is a continuation of my work on a visual history of the Soviet totalitarian system. The project investigates potentials and limitations of documentary photography, both archival and contemporary, taken at the time on the historical sites of crimes. My interest focuses on the problem of the capability of those images to carry important informative and emotional messages for today's viewer.
The majority of currently known photographic records of repressions in the USSR (1917-1960) were created with the purpose of serving the system's propaganda machinery or repression apparatus. A considerable part of my work deals with the significant transformation of the meaning and function of the image that took place when those photographs were released from secret archives. The project tries to determine the extent to which photographs created in such a historical context can function as a testimony. How is ideology reflected and inscribed in the codes of the photographic image?
The above aspects are present in my work but they are not concerned entirely with theoretical studies.

The Great Terror in the USSR 1936-1938 A documentary photo project.

The facts
In 1968 the British historian Robert Conquest introduced the term "the Great Terror" to define the peak phase of Stalinist repression in the late 1930s. The Great Terror was neither the first nor the last wave of Soviet state violence against its own citizens, but it was unique due to its unprecedented scale and universality - for the first time the entire society became a target of terror. In 1937, the year of the grand celebrations of the 20th anniversary of the October Revolution, massive repressions spread through all twelve time zones of the Soviet Union and took a heavy toll among all social groups. Within two years, at least 1.7 million people were arrested for alleged crimes against the state; some 700,000 of them were executed, with an average of 1,000 executions taking place every day. The victims were buried in mass graves which locations were kept in secret for decades. The relatives of the executed received deceptive information claiming that the persons in question were sentenced to "10 years of camp imprisonment without the right of correspondence" while, in fact, they had already been shot. From 1947 to the 1960s, it was customary that children asking for information about parents who disappeared in 1936-38 received documents with falsified dates, places and causes of death allegedly in the GULAG camps. Only from the 1960s on could the real date of execution be obtained. Many of the victims were later rehabilitated, but only in the form of juridical declarations, not of a broad and ongoing social process.

The problem
Obviously, the Great Terror annihilated countless innocent lives and left behind an enormous legacy of pain and sorrow among hundreds of thousands of families in Russia and other countries. These emotional wounds were magnified by the lies of the Soviet government and the inability of the bereaved to learn what had happened and to find a voice for their grief. Even those who lived to see the opening of the archives in the post-Soviet era remained alone with their shocking discoveries; it became possible to obtain information individually, but without any serious official efforts to confront the state crimes of the past or to instigate collective processes of commemoration. In spite of a liberal interlude in the 1990s, there is minimal official interest in the investigation of the Soviet regime's totalitarian history.

The project
In this situation, securing documentary traces, however minimal and belated, regarding the lives and deaths of the terror victims, as well as encouraging the formation of the rudiments of collective memory in Russia, becomes a project of great significance. At the same time, this tragic historical period is part of the heritage of the 20th century and requires all of us to get involved in witnessing, acknowledging and commemorating what has happened.
One of the few available ways of furthering this project is to gather various kinds of photographic evidence related to the Great Terror. This evidence adds to the existing oral-history projects the kind of visual dimension that can impart a factor of concreteness and emotional strength to memory efforts. I became aware of such photo-documentary traces during my long-term project to construct a visual history of the GULAG system. Now I wish to transfer my efforts to the closely related purpose of gathering and publishing a body of documentary photographs designed to illuminate the secret and invisible history of the Great Terror, to help generate collective memory and to foster historical awareness in Russia as well as among a broad international public.

Mutations : a year at Wiko ; an alchemical story of unexpected transformations resulting from curious explorations & serendipitous juxtapositions ; concerts and skits from the Farwell Party 13 July 2007