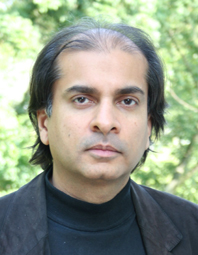 I am writing a full-scale biography of Nehru, based on some new materials and with new questions in mind. This is part of my more general interest in the history of political intellectuals and democracy outside the West.

I take it that the specific character of the history of Western political ideas in the twentieth century is defined by the adventures of these ideas outside their original homelands, by their encounters with other ideas, traditions and practices - encounters which have proved mutually transformative. The mutually defining contact between Western political ideas and the non-European world of course goes back a long way. But the intensity and scope of that engagement have achieved an historically unprecedented scale in the twentieth century and in our own. The ideas of the state, nation, revolution, democracy, rights, equality, racial purity, economic growth and many more have not only defined the West's own habitat, they have - invariably in local accents - reconstituted the world.

It makes little sense, then, to write the history of twentieth century political thought purely in terms of singular national political or intellectual traditions of the West: rather, a basic task for any student of modern politics is the need to make sense of what, for want of a better phrase, one might call the globalization of political ideas and theories. The stories of the unanticipated, often horrifyingly perverse, and sometimes laughably ineffectual consequences of these ideas for peoples outside Europe is now an essential theme of any reflection upon the history of Western political thought. The future of Western political theory will be decided outside the West. And in the deciding that future, the experience of modern India - a central terrain of this historic encounter - will loom large.

These interests frame my work on Jawaharlal Nehru (1889-1964), a figure who stands at the juncture of a number of significant axes: he is a point of contact between east and west, liberal and socialist traditions, and between the intellectual and the active political life. My current work is an attempt to produce a contextual account of his ideas and actions, and I have for various reasons chosen the biographical form in which to do this. The material I will present in this seminar draws on my biographical research, but is somewhat differently focused: my paper is a just-completed essay written for a collection on the theme of political judgement.

In this essay and in my presentation, I try to set out a view of judgement in politics by considering some of the dilemmas, choices, and arguments Nehru faced. This view of political judgement, which takes it as situated within a context of action and choices (concerning, in large part, an unknowable future), and as ineliminably historical, differs from more strictly philosophical understandings of judgement. In Nehru's case, I take in particular the complicated episode of the Partition of India in 1947: one which can be seen as in part constituted by a clash of evaluations about a future India, as a fluid set of judgements and misjudgements. My hope is to suggest some of the considerations relevant to understanding Nehru's own processes of evaluation and choice in politics. Nehru is of particular interest to a discussion of political judgement because he was both a crucial actor and a critical observer of his own actions and the world in which he acted. I draw on his private and public writings in order to trace his views, and to suggest that Partition and its aftermath, while in many ways an instance of political misjudgement, brought home to Nehru a particular understanding of the nature of political power, of its destructive potentialities, and of the wisdom of not pushing too hard one's own values and preferences, even those most strongly cherished.

The idea of India as social democracy

The idea of India Penguin books